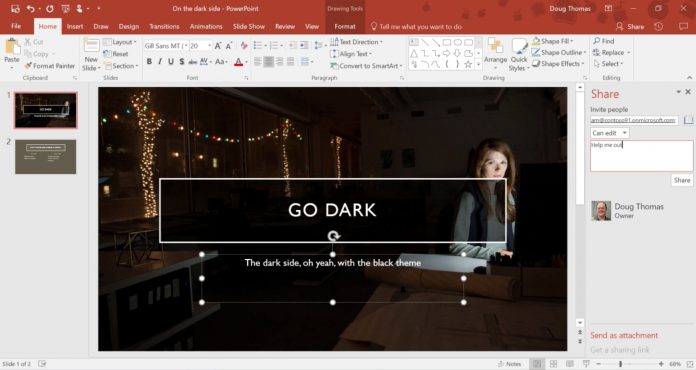 The Office Insider 2016 build is a follow up of the January update, and comes with a black color theme, new charts and easier data entry methods for Excel, ink annotations and more.

Staying true to its promise of providing regular and improved features to Office 2016 Insiders, Microsoft has released Insider builds for Office 2016, Office on Android, and extended the program to Mac OS X users as well.

As we reported earlier, Microsoft had released the desktop update in January, and the company is now following up on that release.

The Office Insider program was introduced back in November last year, giving its members unprecedented access to all of the new Office features prior to their public release. Microsoft Office Home, Personal or University subscribers can enroll into the Insiders program and install the latest preview builds by signing up here.