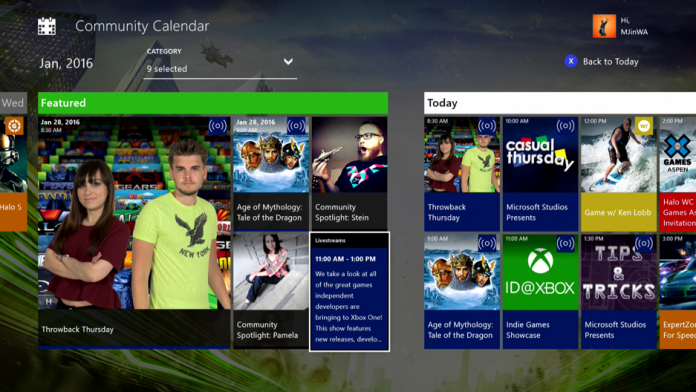 Microsoft has rolled out the Community Calendar app on the Xbox One store, so gamers can stay in know about everything new in the Xbox community.

The Community Calendar app will act as a broadcast channel for the Xbox community to showcase events, game launches, scheduled live streams and more.

Community Calendar was first revealed back in October 2015, and was only available to members of the Xbox One preview program until now.

The company’s latest attempt to create a well-rounded gaming experience on the Xbox One might just help Microsoft garner even more Xbox Live subscriptions.

The official announcement states that Community Calendar will help users discover hundreds of upcoming gaming events, the opportunity to interact with other gamers and game creators as well. 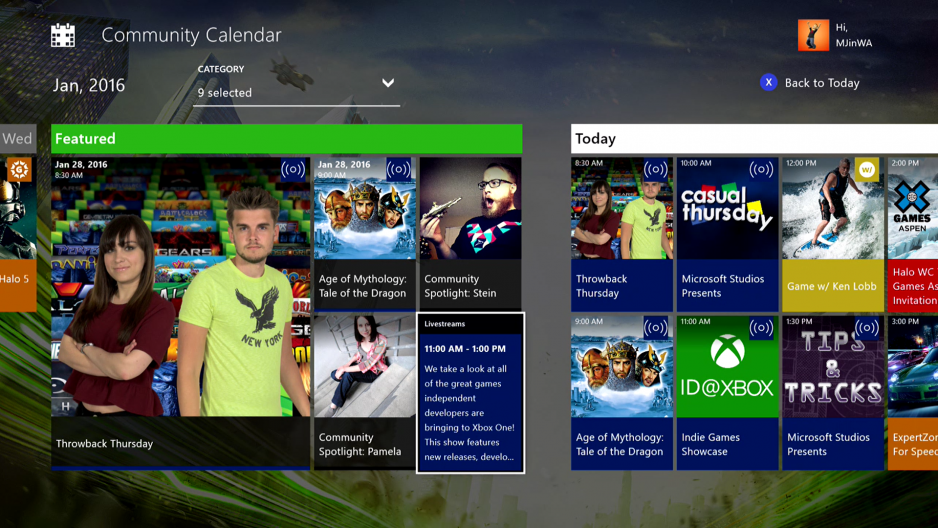 Microsoft has enlisted some of the events that can be found on the Community Calendar app:

The Community Calendar app is available only for the Xbox One console, and is currently available in Australia, Czech Republic, Greece, Hungary, Hong Kong, India, Ireland, Israel, New Zealand, Saudi Arabia, Singapore, Slovakia, South Africa, United Arab Emirates, the United Kingdom and the United States. Microsoft will be rolling out the app for other regions in the coming weeks and months.