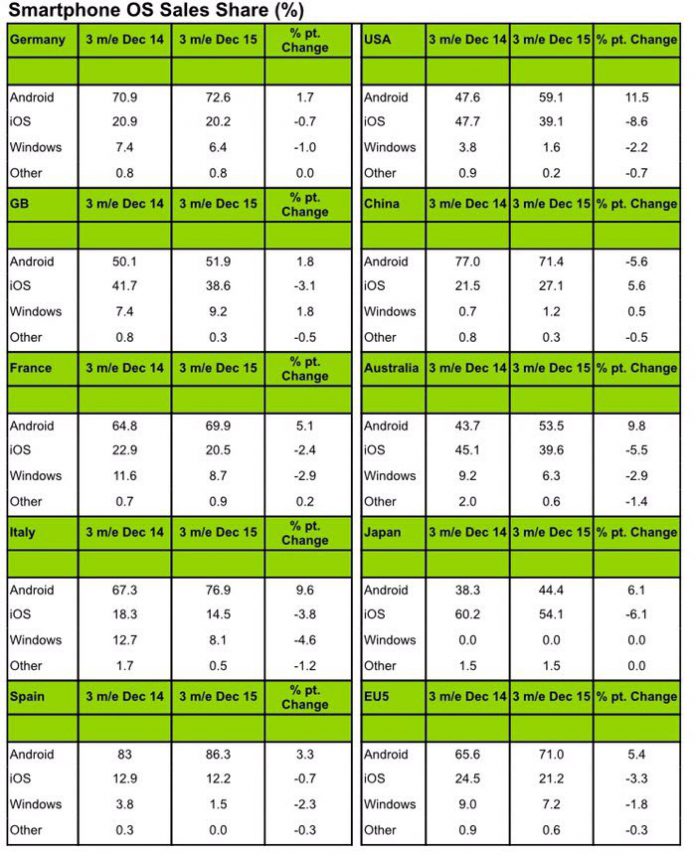 The most recent smartphone market share survey by Kantar reveals the expected decline of Windows Phone. In contrary to the trend UK shows strong growth and also China is seeing some improvement.

After receiving just a mild blow from the PC market share survey conducted by Gartner, Kantar’s survey of global smartphone market share is a sore sight for Microsoft. The report for Q4 2015 reveals a further worldwide decline for Windows Phone, especially in Europe, which has been considered to be the company’s stronghold.

Numbers for the United States and Spain are also grim with a decline to less than half of the previous figures. The now reported loss across the Americas and Europe had been expected due to previously reported weak sales figures.

However a 1.8 percent increase was achieved in the UK after some special promotions at outlets such as Tesco and Carphone Warehouse Microsoft has taken some market share from Apple, which saw a decline of 3.1 percent in the UK. 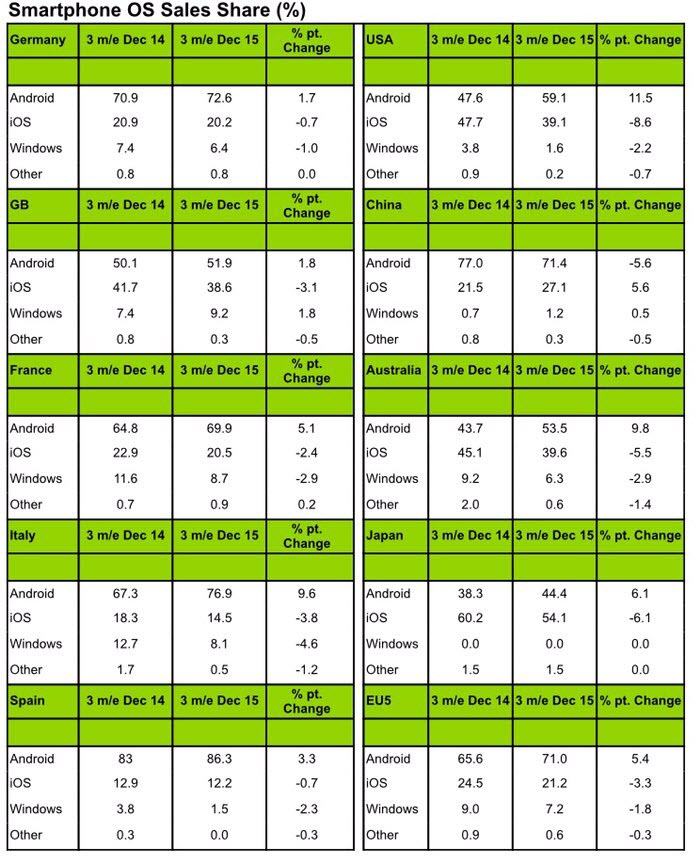 Also the Chinese Windows Phone user base slightly increased in the fourth consecutive quarter by 0.5 percent. Taking China’s population into account, even such a marginal growth increase of Windows Phone users in China is a very positive sign.

The overall 7.2 percent market share in Europe, down from 9.0 percent last quarter continues to keep Microsoft alive as a significant brand. With the upcoming release of the budget-range Microsoft Lumia 650 smartphone, Windows phones could see an increase next quarter.