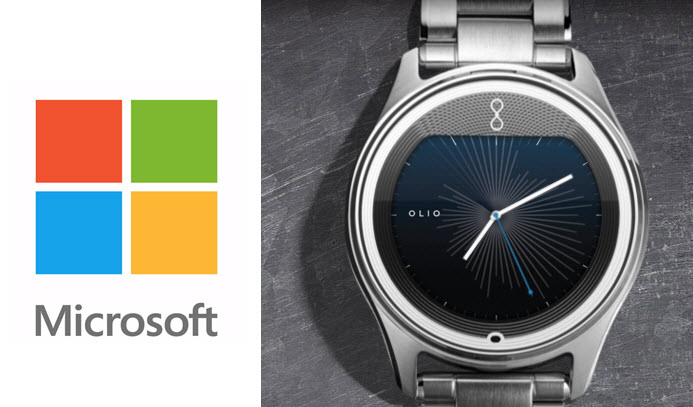 The latest patent licensing agreement with Olio covers wearable devices, which is a clear indicator of Microsoft’s growing interest in that segment.

Microsoft Technology Licensing LLC and Ali Devices, an emerging premium smartwatch manufacturer, have signed a patent licensing agreement on Monday. Giving out almost no details about the licensing agreement, the official statement from Microsoft mentions that the agreement indeed covers wearable devices.

The President of Microsoft Technology Licensing, Nick Psyhogeos that an agreement such as the one between Microsoft and Olio Devices, will be mutually beneficial, and will “promote innovation and lead to better products and experiences for consumers.”

“Co-founded by Steven Jacobs, Evan Wilson, and AJ Cooper, Olio aims to empower the classic wristwatch with custom technology designed by Olio to help simplify and manage our everyday lives. The company combines high-end materials with proprietary hardware and software to create finely crafted connected timepieces for the busy modern lifestyle. The company is headquartered in San Francisco.”

Is Microsoft ready to become a big player in the wearable market?

Microsoft is trying to keep its position in the wearable industry alive with the Microsoft Band 2 fitness tracker. The latest agreement with a brand such as Olio Devices could help Microsoft input its technology and hardware into premium quality designs and high-end build materials.

It has long been estimated that Microsoft will continue to work on a premium wearable, after it sacked Nokia Moonraker smartwatch before its inception. Microsoft can be expected to follow in the footsteps of Apple and integrate their personal virtual assistant software, Cortana into the upcoming wearable technology.