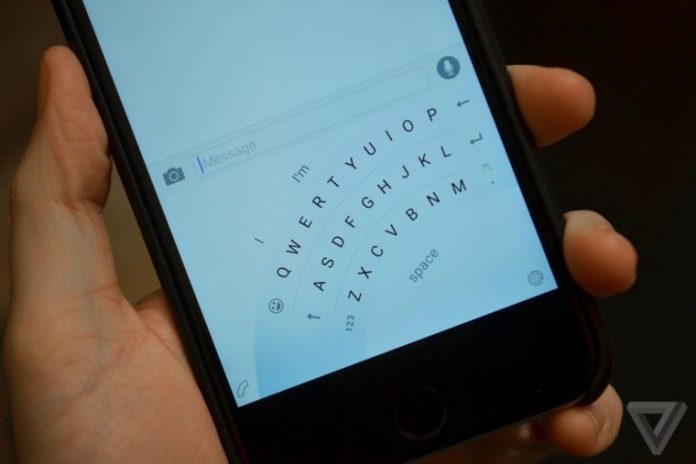 Word Flow for iOS can be used with just one thumb using a rounded menu in the bottom corner as images from early testers on the beta program reveal.

The Word Flow keyboard for iOS features two writing modes, one being the classic keyboard style we already from Windows 10 Mobile and another one for one-hand optimized writing.

The classic style it looks pretty similar to other keyboards with buttons for smiley and language selection next to the space bar.

There is no arrow key feature like in Windows 10 Mobile and it also cannot be re-positioned on the screen. iOS doesn´t allow 3rd party keyboards to offer such features.

You can however activate a left-handed or right-handed writing mode with two curved icons which are placed on each side of the predictive text area. 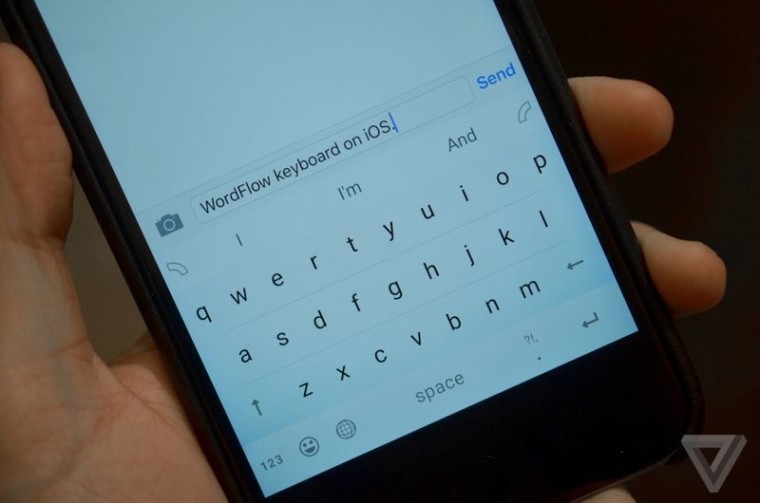 Once activated all keys are oriented in a half circle about the bottom left corner you have selected. This makes input with one thumb easier as the finger itself is moving in that way. What we see however is that keys appear a bit smaller and don´t use all of the existing space.

While typing might be easier in Word Flow´s one-handed mode, changing language or switching back to classic mode will definitely require some juggling. Both buttons are placed in the lower corners and hard to reach for any thumb. 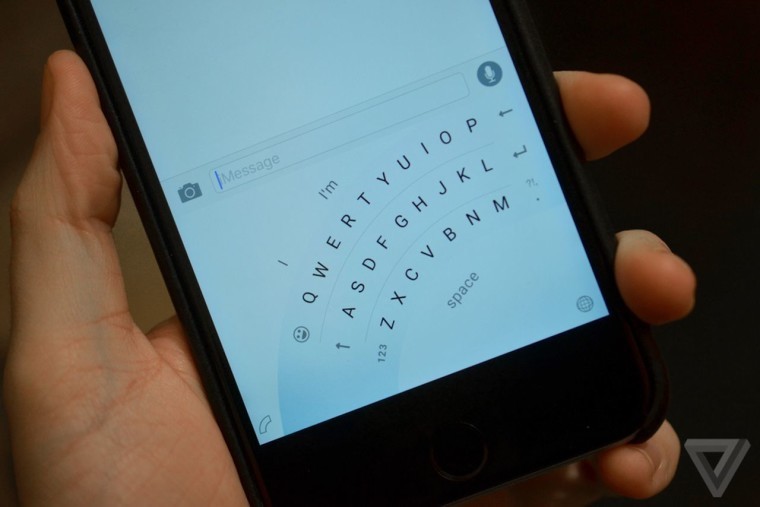