Microsoft´s Hololens Team has layed out out some of the possible inputs for using the virtual headset, along with some of the most innovative entries to the Share Your Idea campaign.

As the release of the Hololens Development Kit comes closer, Microsoft wants to engage developers and the Windows community to stay interested in their upcoming virtual-reality headset.

In a recent blog post, the Hololens team discusses the multiple methods you can use at this stage to interact with Hololens and offers some insight on what their practical applications could be.

Microsoft has revealed the three key elements that can use used to input on Hololens:

Experiencing virtual in more ways than ever

The blog post explains that Hololens knows where the wearer is looking and what is directly in front of the wearer, which triggers the Gaze input feature. Mentioning one of the entires from the Share Your Idea campaign by Microsoft, the “Airquarium” concept highlights how the Hololens wearer can view a virtual aquarium.

The wearer would be able to “gaze” upon a particular fish in the aquarium, “air-tap” on it and view more information on the animal. The blog post also explains how the gesture air-tap and the gaze input can be used together, where the wearer gazes multiple objects and uses gestures to select one.

The third input feature of the Hololens is voice, which makes use of the Windows 10 speech engine to navigate through apps and a virtual environment without any other gesture. One of the entires to the Share Your Idea campaign called Galaxy Explorer highlights the usefulness of the voice input on Hololens to navigate across outer space. 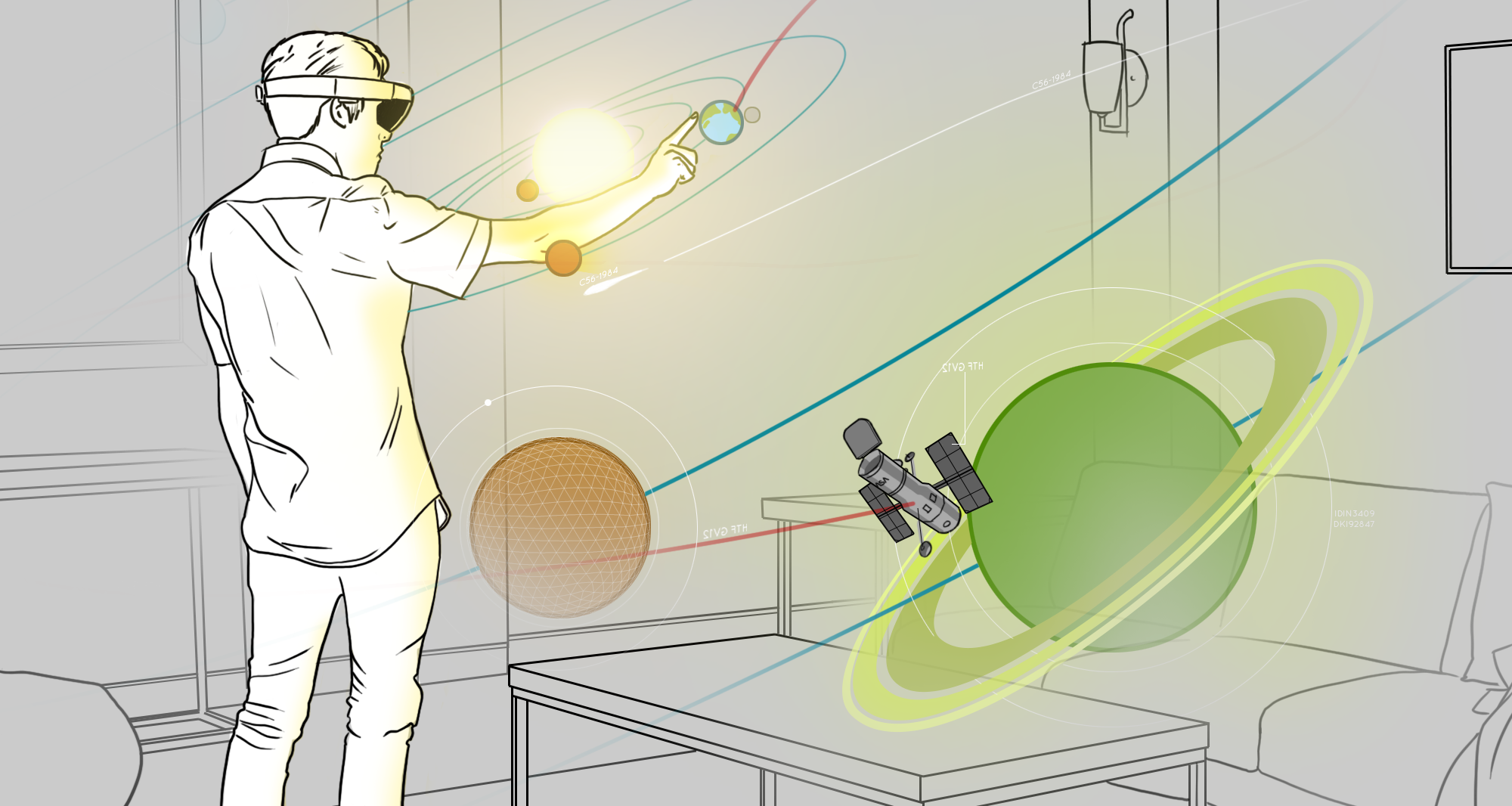 As reported earlier, Microsoft shared a video detailing the aspects that developers need to know to build apps from Hololens. As the Hololens Developer Edition is about to roll out to the consumer market, reaching out to the developers to create new apps for Hololens will be a challenging task for Microsoft