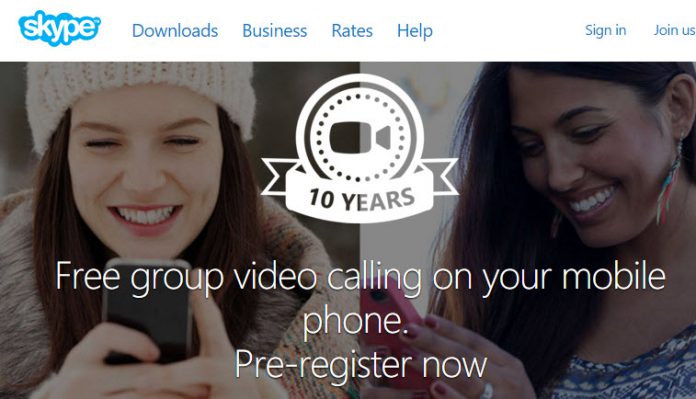 The new Skype mobile group video calling feature will be rolled out to all Skype users in the coming weeks. Early adopters can register online to get it a bit sooner.

Today Skype is celebrating its 10 years anniversary of video calling and has chosen this day for the announcement of their new mobile group video calling feature. Unlike new features in the past, Skype is bringing this long-awaited feature to iOS, Android and Windows 10 Mobile at the same time.
If you are quick you might get it before the official roll-out to your platform or region. Just head to the Skype tenth anniversary website and register.

Skype has also shared some interesting stats together with the announcement. According to the company “750 million people have downloaded Skype on their Windows Phone, Android device, iPhone and iPad, meaning that Skype is one of the most popular free apps ever on the iTunes Store and Google Play Store.”