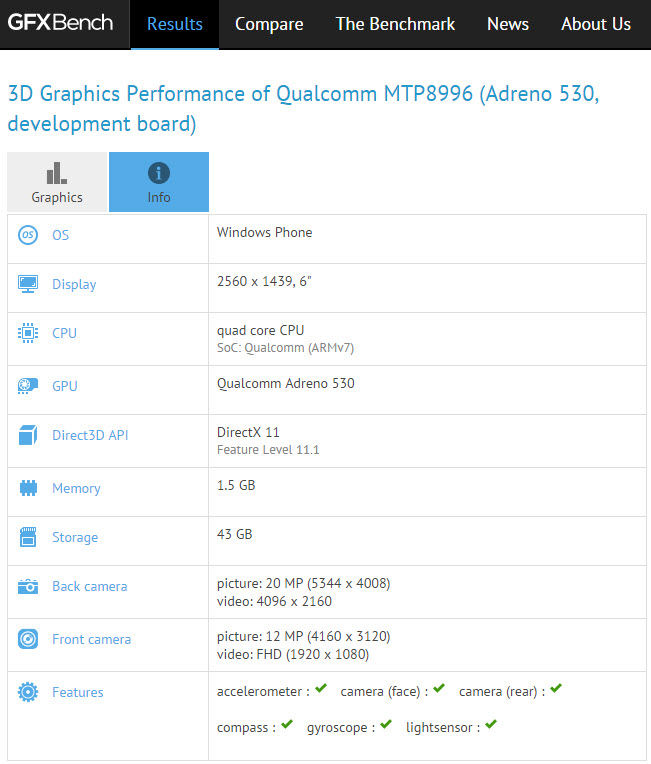 A recent discovery in the Geekbench database hints to a powerful successor of the Lumia 950 XL.

The guys from PhoneArena have spotted the new Geekbench listing which features some impressive specs. Like the rumored HP Falcon entry that made the news yesterday the tested phone is build with a Snapdragon 820 CPU, the Adreno 530 chipset, 43GB storage and a 2560 x 1439 resolution display.

It is however listed with 6″ which is slightly bigger than the 5.8″ of the rumored HP Falcon and comes with 1.5 GB memory which is also half a GB more.

Its front camera is slightly weaker and sensors for proximity and NFC are also missing.

Phonearena thinks “since Microsoft remains the only high-end Windows 10 Mobile smartphone manufacturer to this date, chances are that this is a Lumia device.”