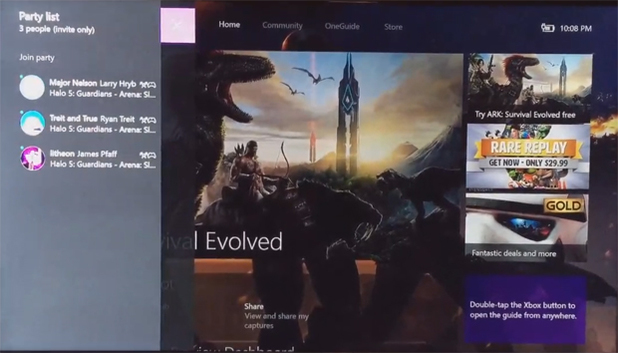 The Xbox One party feature will be improved in one of the coming software updates. A short clip now offers some details about how it will look like.

As you can see in the clip shared by Xbox Director of Program Management Mike Ybarra, the improved party feature will allow you to view who is in a party before joining.

While we don´t know when the required update will be pushed out, you can expect it anytime soon. Microsoft has been pretty active with updates, releasing them on a monthly basis.

Hmm, what am I doing here on Xbox One… #Xbox pic.twitter.com/gnvs4TEFgG

This week saw already a small system update fixing mostly behind the scene bugs. The last big update for Xbox One has been The New Xbox One Experience with backward compatibility for some Xbox 360 games and next-gen features like screenshots, Game DVR and broadcasting.

According to Microsoft 2015 has been “a monumental year for Xbox” with increased activity on Xbox Live and a spike demand for their Xmas holiday games discount lineup and bundles.

Microsoft is investing heavily in online gaming, that´s why many of the software updates coming out are related to the online experience. Xbox creator James Allard recently called Online “the ultimate and final format” for gaming, and Microsoft is thinking the same.