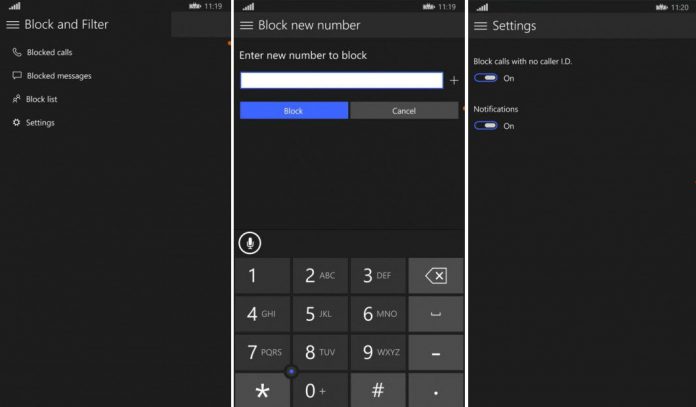 After updating to Windows 10 Mobile you won´t be able to use the Lumia Call + SMS filter app anymore. The new version comes with Microsoft´s own Block and Filter feature instead.

The Lumia exclusive Call+SMS Filter app has been the only working contact blocking and filter app available for Windows Phone.

As Microsoft wants to offer the feature for all Windows Phones, they decided to bury Call + SMS filter and to develop a system integrated Block and Filter feature from scratch. So when switching to Windows 10 Mobile, you will see the following notice. 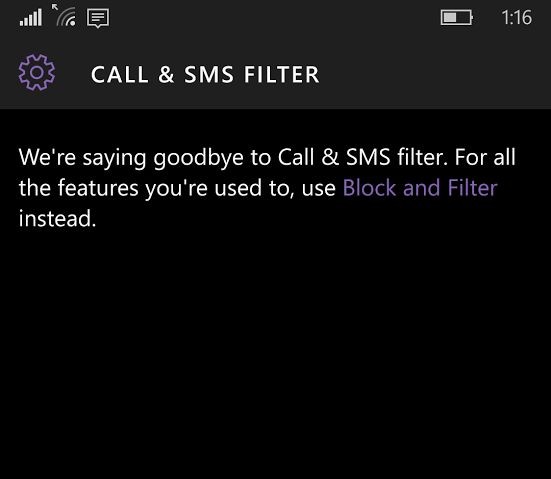 In Windows 10 Mobile you can use the Block and Filter feature by long pressing on any of the numbers in your call history to block and unblock it.

Alternatively you can add any number manually or choose auto-blocking for all calls with hidden caller IDs. In separate lists you are able to review all blocked numbers, blocked calls and blocked messages.