Tweeted user screenshots hint that Windows 10 Mobile might be released anytime soon. The image shows the upgrade notice Windows Phone 8.1 users will get on their device.

While we don´t know if the screenshot from tfwboredom shows the original message, it looks quite real. Judging by the other tweets of the user, it also could be a leaked image rather than an upgrade image from his own device. We could be wrong however and this is a user with access to builds from the internal ring.

Some sources have pointed to a final Windows 10 Mobile roll-out on January 12, together with a speculated Lumia 850 device. Windows 10 Mobile is also rumored to not need carrier approval so most of Windows Phone 8.1 users should get it right away if their device is supported.

There are however ongoing reports of bugs, even about the latest build 10586.63. If Microsoft is indeed pulling the trigger tomorrow, they have either fixed those issues or just ignore them to not postpone a launch of Windows 10 Mobile much longer. 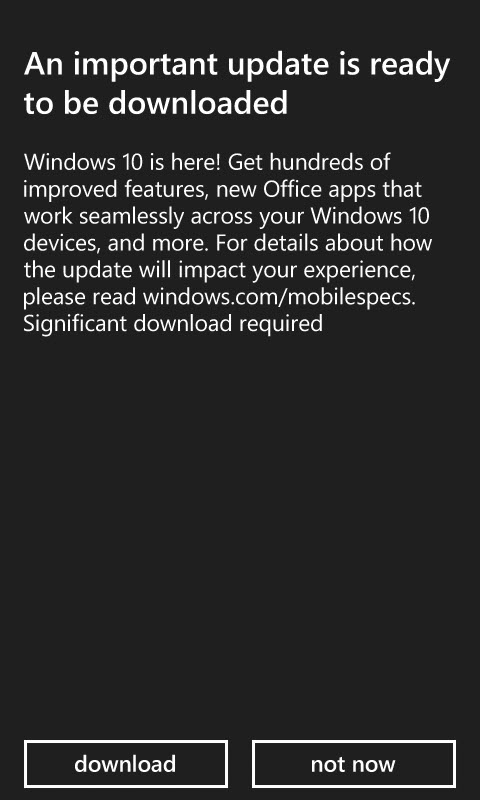 Microsoft Outlook and iOS on Android Is Getting More Ads