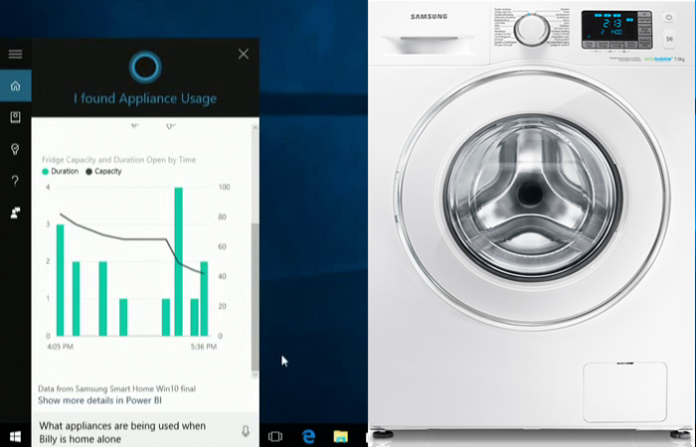 During the appearance he featured a little demo of how Windows 10 and Cortana can be used to supervise washing machines and refrigerators.

The demo illustrated how Windows 10 will be able to manage Samsung´s IoT enabled smart-home devices in the future, showing appliance usage of televisions, washing machines, microwaves and dishwashers per family member. 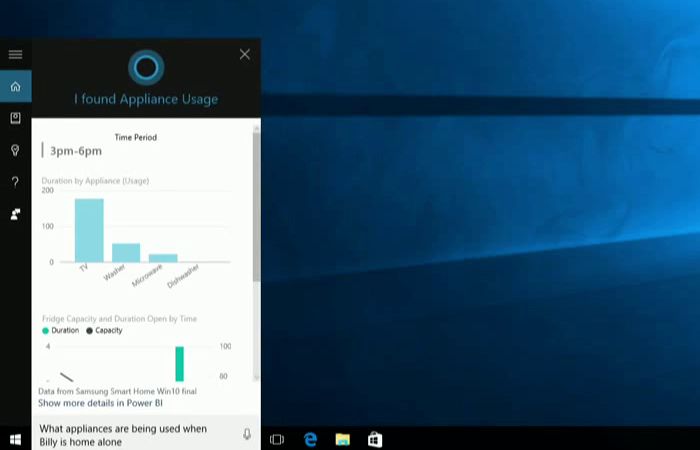 Myerson said at the event that Microsoft was committed “to join innovation” and to a “shared vision about Windows 10 and Samsung IoT in the home, driving innovation together across the entire internet of things.”

According to him the company envisions “Millions and millions of devices and things communicating, using open protocols and open standards.”

He explained how platforms were “integral to Samsung´s IoT strategy” and that Windows 10 was “a platform designed for all devices including IoT” as it “enables universal Windows apps and those applications can be written one time for phones tablets PCs, the Xbox and IoT, sharing common code.”

Microsoft is investing continously into its IoT strategy and already has delivered Windows 10 IoT Core for popular IoT maker boards like the Qualcomm DragonBoard 410c, the Intel Minnowboard MAX and the Raspberry Pi 2. With the recent release of Windows 10 IoT Core Pro on December 3rd, Microsoft extended its Windows 10 IoT Core offering to large organizations and the professional community.