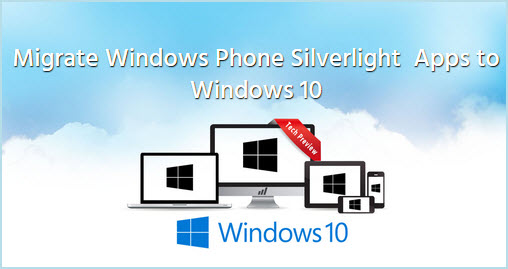 The Windows Software Development Kit (SDK) contains tools that can be used to create Windows 10 apps. With this new SDK update, Universal Windows Platform (UWP) is improved and certain tools like the Silverlight bridge and evaluation developer virtual machines are present to aid developers in app-creation.

Silverlight bridge is a free Visual Studio add-in that helps bring Windows Phone 8.1 apps to UWP. Built by Mobilize.Net, this software analyzes source code which automatically converts codes to use UWP APIs. It currently has 2300 mappings.

According to Microsoft, fixing errors when porting apps is extremely easier using the improved version of Visual Studio 2015 and can save hours of time. Converting projects can be done with a minimum of changes as the Software does most of the work automatically.

Other improvements from the SDK update

Using the SQLite data access library apps can access to local data of all Windows 10 devices SQLite implements an SQL database engine that is self-contained, serverless, and transactional without needing configurations.

Many more improvements are present in this Windows 10 SDK November update such as refinement in ink and keyboard, more flexibility to app installation on devices, updated APIs, and improvements for Bluetooth and networking.