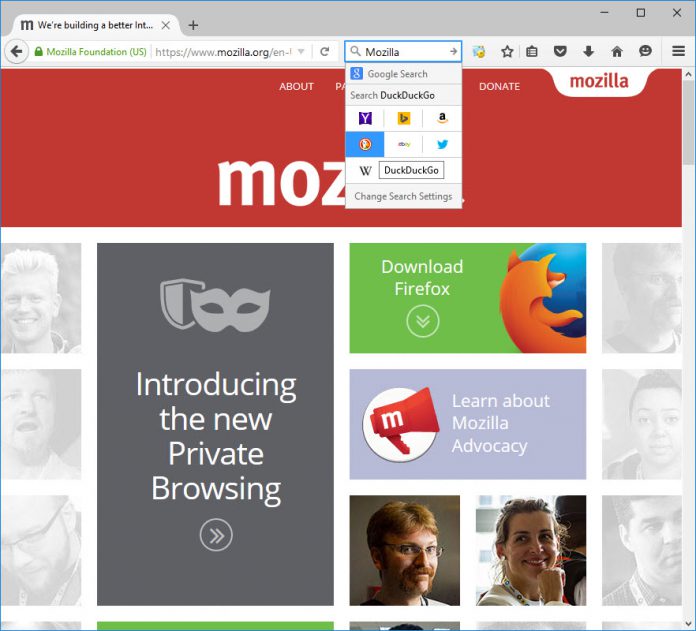 After Mozilla broke its connections with Google in 2014, Firefox’s revenue now relies fully on other search engines.

According to Mozilla´s Denelle-Dixon Thayer, Firefox no longer depends on Google for its revenue and is confident that their new search engine-deals will bring in even more money. Based on financial results released in 2014, Google had attributed about $330 million in revenue. Mozilla has found ways to find other sources of income.

“We don’t have a commercial relationship with Google at this point”, Thayer told Cnet.  The chief business and legal officer of Mozilla confirmed that the new approach gives more flexibility to Mozilla. “It goes back to our strategy of how we can encourage more competition,” she added.

To date, Firefox generates revenue from regional deals with other search engine companies namely Yahoo in the U.S., Baidu in China and Yandex in Russia. However, Google is still the default search engine for Firefox users in Europe.

Even without Google, Mozilla will prevail

With taking away the $314 million to $330 of yearly income, the end of Mozilla’s connections with Google had a substantial impact  on revenue. But now with the absence of Google as Mozilla’s search-related income, their stature is expected to be even higher than before.

”We really look forward to displaying our results next year”,says Jim Cook. The CFO of Mozilla believes that the current year’s figure will be better than in 2014. “2015 will show our continued track record of really strong financial results,” Cook added.

In order to also clash with Google’s Android and Apple’s iOS in the smartphone industry, Firefox OS has been present. Mozilla’s aim is to disseminate the software to lower-end phones in developing markets.

Adroid phone users could completely replace their Android OS to Firefox OS through a simple installation. However, Mozilla’s chief executive in 2014 concluded that the plan regarding Firefox OS wasn’t working.

Despite having negative results, Mozilla remains enthusiastic and released Firefox for Apple’s iOS. “There is a tremendous opportunity still to give control back to the user as they surf the Web and interact with apps,” Cook said.