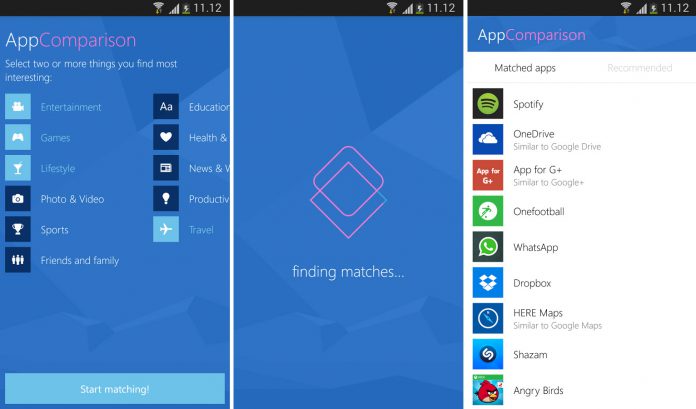 The new AppComparison App helps Android users who plans on switching to Windows 10 devices point out the apps which are and aren’t on the Microsoft store.

According to Microsoft on its Google Play listing, this software spots out the user’s favorite Android applications and gives an equivalent app that is found in Microsoft´s Windows Store.

If AppComparison finds apps with no original version for Windows, the App suggests a possible replacement with a comparable feature set. The tool is also promoting other Windows Phone applications that are usually picked and popular.

Microsoft claims that they aim to make Android developers easily port their apps to Windows 10 mobiles as a plan to resolve the “app shortage”. 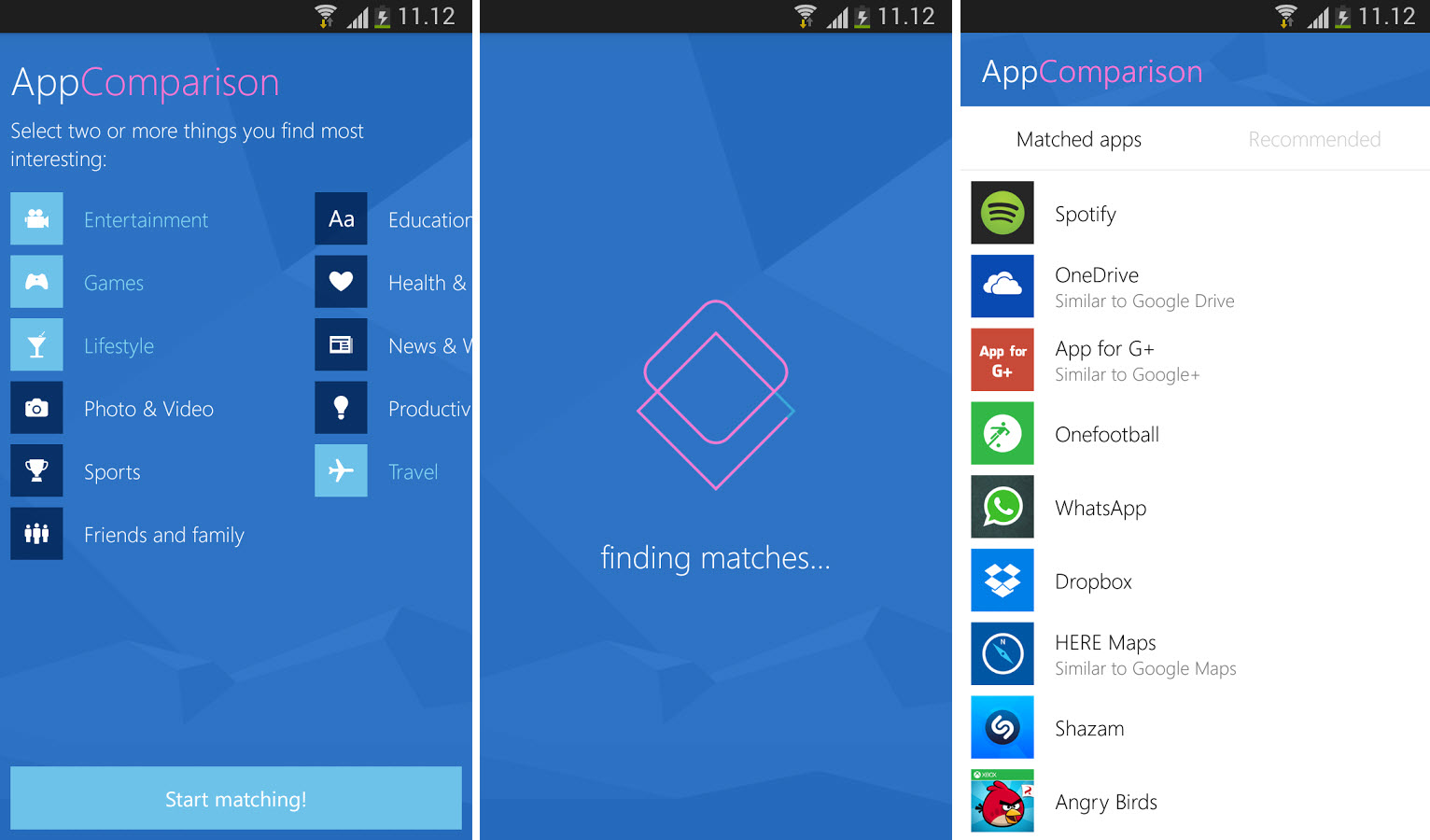 As it seems it is the season of phone switching, Redmond’s Android to Windows switcher app and Apple’s Android app, Move to iOS, were released on consecutive days. However, Move to iOS mainly focuses on moving contents like photos and contacts from Android to iPhone.

Microsoft also recently launched a time-lapse app for Android, Microsoft Hyperlapse. It is almost the same as the Hyperlapse of Instagram for iOS. Arrow Android launcher is also included in the newly released applications of Microsoft on Google Play.