During Apple’s last press conference, Microsoft’s Products manager, Kirk Koenigsbauer, presented how the Apple Pencil can work on Microsoft products such as OneNote and Powerpoint in order to add notes and to create content.

Apple’s last press conference came together with the presentation of Microsoft’s Office Apps on Apple iPad Pro and iOS 9. Under the direction of Microsoft’s CEO Satya Nadella, the company has refocused its approach to how it provides services to its customers. 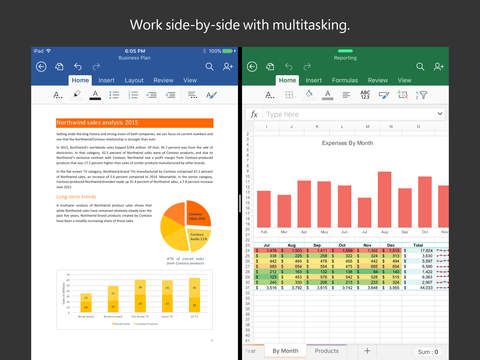 This is a strategy that has been seen before, with Nadella’s demonstrations of Office on iOS, and aslo on Microsoft Band 2’s cross-platform functionality. Microsoft is focusing mainly on productivity apps, applying most of their weight on Microsoft Office.

Apple also introduced new features for the iOS 9 that can be used for Office, such features include a split screen view as well as a slide over feature to improve multitasking and productivity.

Microsoft Office applications will not be restricted in use only for iPad Pro, but it will also be available for the iPhone, iPad Air, and the iPad mini.

In order to have the full use of this productive suite, users will have to subscribe to Office 365, this will provide them the ability to subscribe up to five PCs or Macs, as well as five iPhones and five tablets.

Together with this subscription you can also add up to 1TB of cloud storage via OneDrive that can be shared with all of your devices.