Microsoft seems to be already working on the so called Redstone Update for Windows 10. Some Insiders are reportedly seeing an “rs1_release” branch within the Windows 10 Update settings.

Microsoft has been kept busy by releasing new builds of its OS to Windows Insiders. With the “Fall Update” around the corner, it is lately rumored that Microsoft is working on the major update, Redstone.

Although there is not enough news about Redstone, users have been seeing lately a glimpse of Redstone in the update-section of the Windows 10 settings menu. 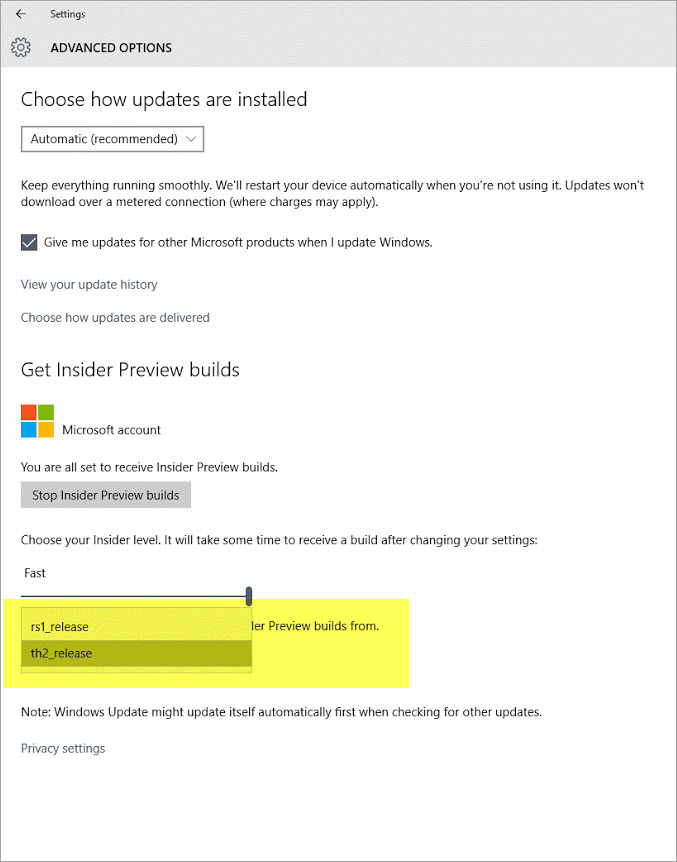 It is still unknown when the builts will be released, but if you are an Insider you can change to the rs1_release branch. That will allow Insiders the opportunity to download them as soon as they are available.

Still Redtone is not ready to be released until sometime in 2016, but what we do know, according to sources, is that Microsoft has already started internal development and it could possible come out in two waves.