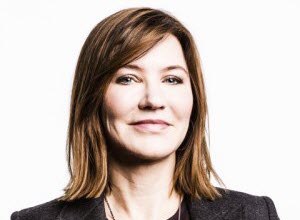 According to sources,  Julie Larson-Green will replace corporate VP Kirk Koenigsbauer who will take a role inside the unit headed by chief marketing officer Chris Capossela.

Until now Larson-Green has been working as the chief experience officer for Microsoft’s services group. In her new role she will keep those responsibilities while adding other duties.

The move can be seen as critical as Office which has been Microsoft´s major cash-cow, faces tough competition with online offerings from Google and powerful Office clones.

Julie Larson-Green who has more than 2o years of experience inside Microsoft will continue the transition of Office as a mere suite of software to a more app-based and cloud featured subscription service which will be available cross-platform.

Larson-Green has previous experience with big changes of the productivity suite when Microsoft moved to a new GUI with Office 2007, most known for the modern Ribbon interface.

The woman who brought the Ribbon

Microsoft was happy with the results and gave her a corporate award for Outstanding Technical Leadership in 2008. “In revamping the interface of Microsoft Office 2007, Larson-Green effected a paradigm shift in one of the company’s most successful products”, the company states on its website.

Larson-Green herself said that “at first, no one wanted to change Office dramatically”, but finally succeeded in selling her ideas to the top-management. Her progressive, open-minded approach might be exactly what Satya Nadella is looking for when it comes to the current transformation of Office.

Microsoft puts a lot of energy into this transition, and is constantly improving its service-offering for big customers. Being sill the leading business software suite, Office mostly generates its income from corporate clients.

Just some weeks ago, Microsoft has announced a big investment into Office 365 FastTrack, which now is a permanent service to helps clients migrating their infrastructure to the Office 365 cloud. The company is building up a team of hundreds of support engineers which will give first-class support to large customers.