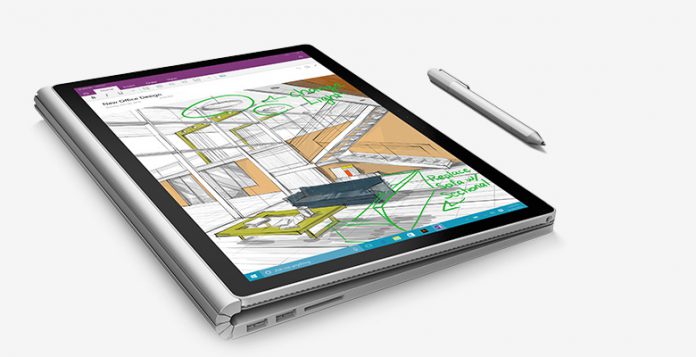 Panos Panay, the corporate vice president for Surface Computing at Microsoft, has shared and in-depth story about Microsoft´s new “Surface Book”. With an aim to reinvent the laptop, he and his team spent two years in designing, prototyping and fine tuning to get to the powerful Surface Book that’s going on sale today.

In a story for Wired, Panos Panay has shared many details about the Surface Book, from the initial idea to go for a hybrid laptop to other decisions about design and hardware.

For creating machine for the customers, Panay along with his team members used to walk into stores and ask salespeople, what they should buy. The first thing that every sales person would ask in response was, “What do you want to do with it?” Panay figured out the need for both, a tablet and a laptop, and decided to replace two devices with a single one.

After initial downfalls, hybrids finally were getting some recognition with the introduction of Surface Pro 3. It marked huge profits and went straight against the likes of MacBook Air. 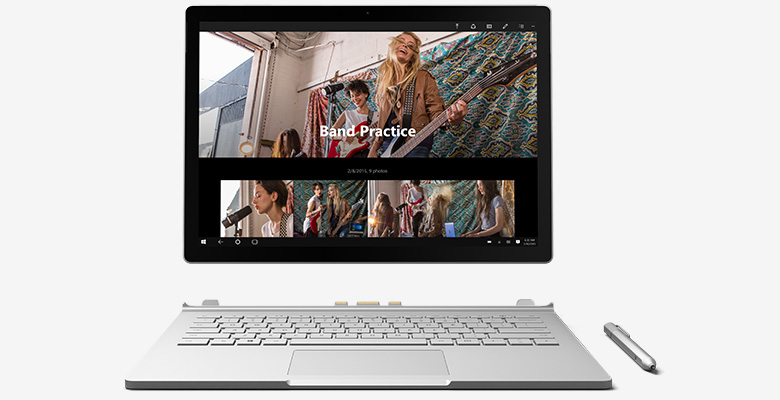 But it was not just the MacBook Air. “I’m thinking continuously about premium devices,” Panay says, “straight-up looking at Apple as my competitor.”

The initial plan for designing the best looking, most powerful, and most impressive Surface Book came together quickly. Panay clearly described he wanted, “everyone to look at this product, and say, this is it, man. This is the laptop I want.”

The Idea of a Folio Teardrop Shape

Ralf Groene, the lead surface designer and Kait Schoeck, Surface Industrial designer had created prototypes for almost everything they thought of. One prototype from Shoeck was something very different laptop which he called, “a folio teardrop shape.” It folds up keeping two parts separated, just like a notebook or a magazine. However, the idea was shelved and they moved ahead to create the best Laptop of all times. 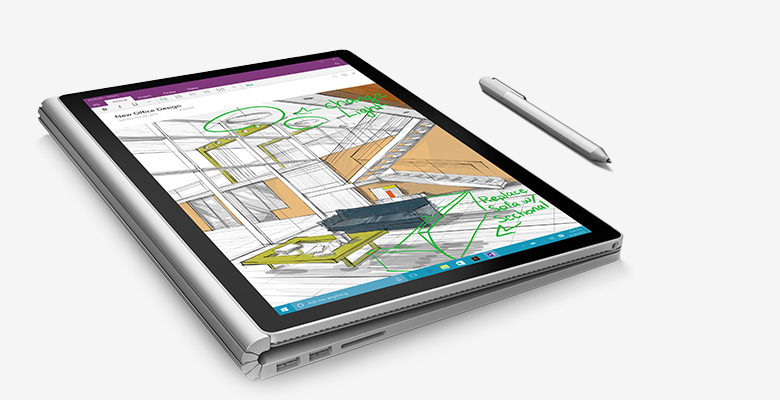 Early on, Panay had an image for something which was mostly laptop, maybe exclusively so for some people, but with tablet-like features when you want them. He called it “clipboard”, which you could grab whenever needed.

So, the thing was, the team needed to make a notebook that had great looks, pen and touch support, monster specs, and a tablet mode. According to Groene, “If you put a tablet that weighs a pound on the top, you need a base that weighs a pound plus something.” A powerful tablet required a heavy base, which in return, will increase the weight of the laptop. But then, the idea struck.

The idea of folio teardrop was the solution to their problem. As the rounded book like hinge could extend the base of the laptop for building a sturdier foundation for the tablet.  Groene said, “It’s more stable, and light too, shaving hundreds of grams off of the machine.”

Detaching The Top Of Surface Book

After figuring out how to get the laptop to stand up on its own, the team looked on the issue to take it apart. Panay said, “It’s easy to think about attach and detach as being emotional or confidence-building. You don’t ever want the moment to happen where the person who loves your device tries to use it and gets embarrassed.” The Surface Book has hundred different levers, switches, and sliders that release one thing from another, preventing it from detaching automatically.

For detaching the top from the bottom, someone gave the idea of swiping your finger along the finger scoop, the divot where you grab the lid for opening the laptop, and attaching a LED for giving a sign that the top is ready to detach. The idea was hard, but eventually, it worked and everybody loved it.

But Panay says, “It was the wrong solution. You’d have to do it just right, and maybe try it a few times, and your palm might accidentally do it for you. “It’s so gimmicky,” “We fell into our own trap. It was great for the commercial, but stupid for the product.”

So finally, they added a single key, at the top right of the keyboard. By holding it down, the screen lifts off, and you’re good to go.

Showing Off Surface Book, But Only As a Laptop

Nine months ago, on an executive retreat, Panay was asked to show Microsoft’s most senior employees what he’d been working on. He pitched the Surface Book as the ultimate laptop, and showed them the the hinge, the keyboard, the beautiful screen. Seeing the machine, everyone including Satya Nadella and the rest freaked out. Panay referred the situation as if, “It felt like a magic trick,”

Then, Panay decided to show it off only as a Laptop. “And then when people look at it and say, it is worth every penny as a laptop…we give you so much more.” He told his team. “No matter what demo I do, no matter what retail meeting I’m in, no one gets to see it with the top off.”

For the Surface Book, Panay said, “It’s the result of everything he, his team, and Microsoft have learned in the last five years. About how to make touchscreens, pens, keyboards, and trackpads. About what failure looks like, and how to set a vision long enough that a $900 million writedown doesn’t break you.” “It’s to think hard about how to make people’s lives better, and then give a shit about getting it right.”

The Surface Book is up for grabs now, and as Panay says, “they’re selling laptops faster than they can make them.” The convertible laptop took from where Surface Pro 3 left, and has been really important in Microsoft’s business.