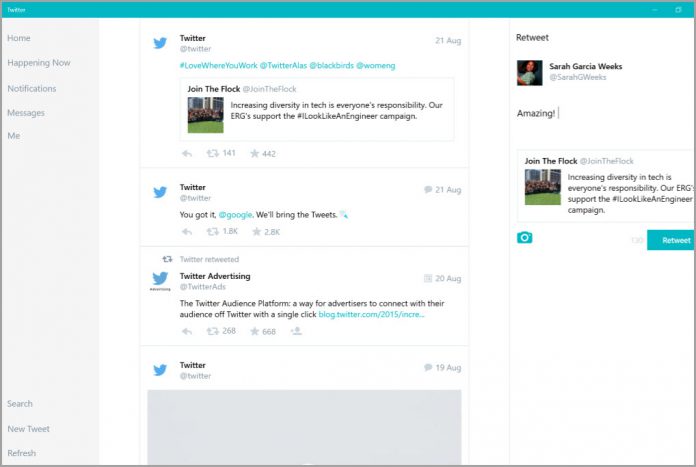 The official Twitter client for Windows 10 got an important update as Inline Video Playback makes it finally a good browser-replacement.

Twitter for Windows 10 is a nice-looking and useful app. However, the missing support for video-playback has been a major drawback. The recent update adds this important feature which means less juggling between the Twitter app and web-browsers. You can watch embedded clips now directly in the timeline. 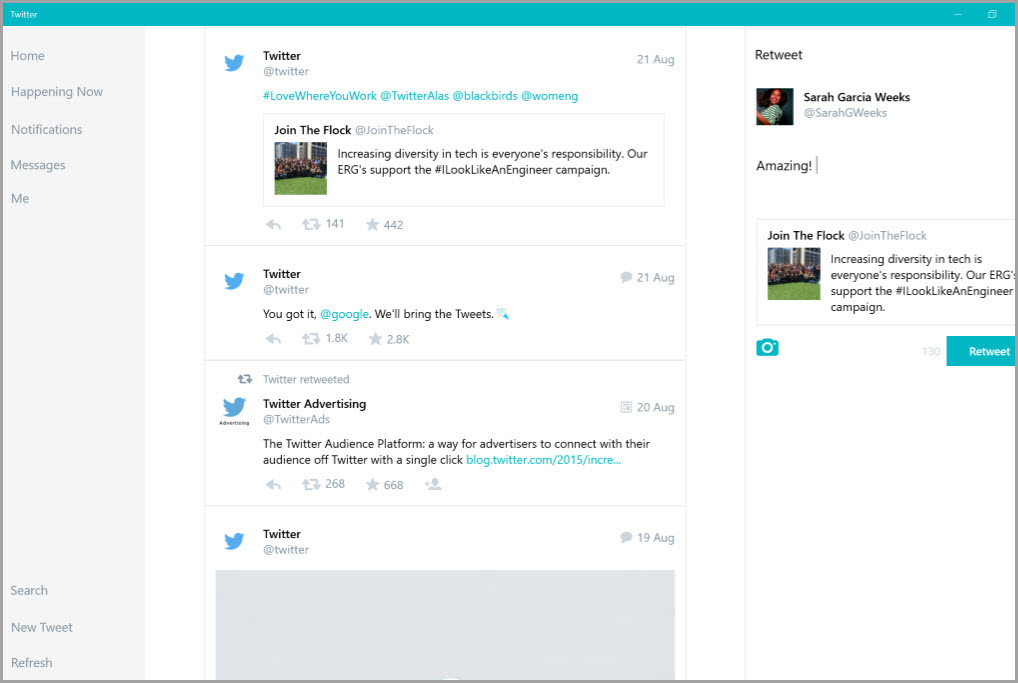 Here the full changelog for this update:

With a rating of 3.7 Twitter for Windows 10 has not been the most popular app so far as many people prefer to use it directly from within a web-browser. The app however plays nicely when you are on the go, great touch-support and the Windows 10 snap feature make it a useful companion.