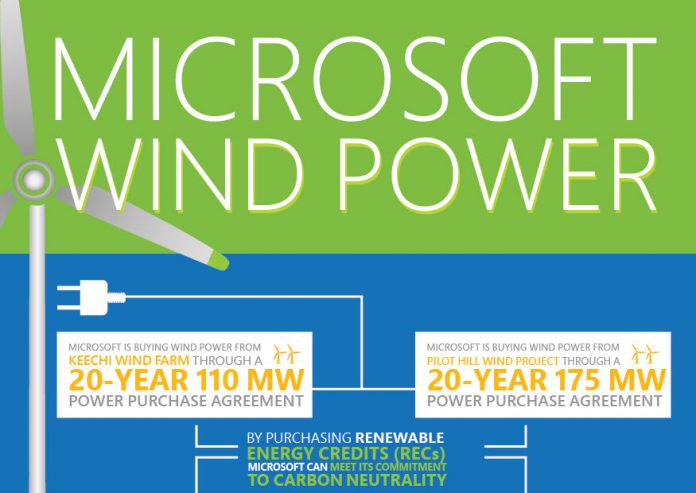 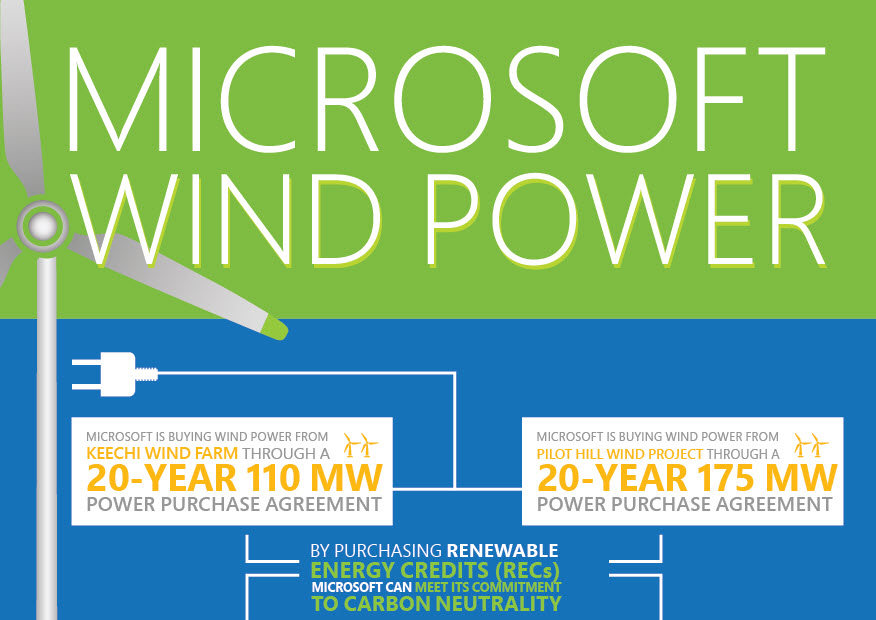 While giving away Green Power Leadership awards, the Environmental Protection Agency (EPA) recognized Microsoft as Green Power Partner of the year. The award recognizes the partners who distinguish themselves through adequate use of green power, and impact the entire green power market.

Rob Bernard, the Chief Environmental Strategist at Microsoft said, “Microsoft has driven greater energy efficiency alongside increasing their purchases of green power and making long-term purchase agreements for powering their facilities with local renewable energy. The company has been holding 100% renewable energy since 2014, and this is the third time they’re honored with this award.”

He further added,“This year we purchased more than 3.2 billion kilowatt hours of renewable energy and made further investments in renewable energy projects. We also support initiatives such as the Buyers’ Principles that facilitate cross-industry collaboration with energy utilities and suppliers to improve access and affordability of renewable energy.”

Microsoft´s energy-related investments are focussed on the following types of renewal energy.

Last year, Microsoft purchased 175 megawatts of wind energy from the Pilot Hill Wind Project in Illinoi, and in 2013, the company signed a 20-year agreement to purchase 100 percent output of the 110-megawhatt Keechi Wind Project in Texas.

The company generates on-site renewable energy from the solar panels covering the rooftops of their facility located in Silicon Valley.

Company’s several data centers have been built in regions powered by Hydroelectricity such as, Washington and Quincy.

In last two years, Microsoft has cut-down power consumption by at least 10% with the help of their Energy-Smart Buildings. Every new building constructed by the company is built according to environmental standards for consuming less water and power and generating less construction waste.

Microsoft has fulfilled its commitment to become carbon neutral in all of its operations. The company been operating efficiently and has invested in several renewable energy and carbon offset projects. The company has achieved its goal of overall sustainability and is planning to discover new ways for optimal of use of energy and water for creating a more resource-efficient and environmental friendly future.