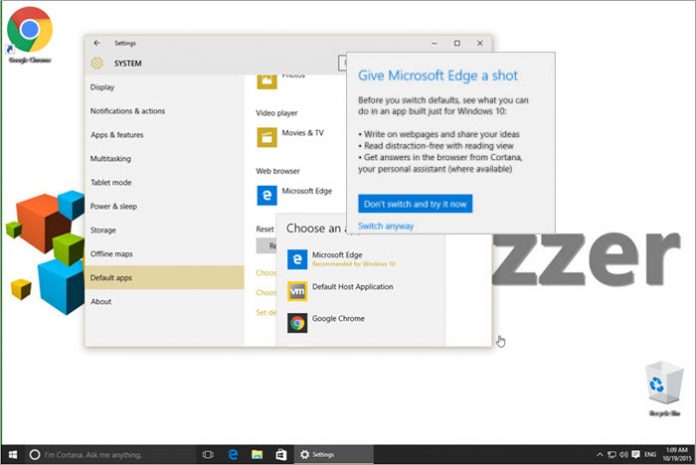 In the latest build of Windows 10, Microsoft has introduced a new prompt to dissuade users from swapping default Windows 10 apps. The company insists the users to see what they can do with the apps that are built only for Windows 10.

Previously, when users searched for third party browsers, the company dehorted them by saying, “Microsoft recommends Microsoft Edge for Windows 10.”

But this time, they’re selling Microsoft Edge and other apps by listing down their unique features.

Microsoft Wants You to Give All Built-In-Apps a Shot 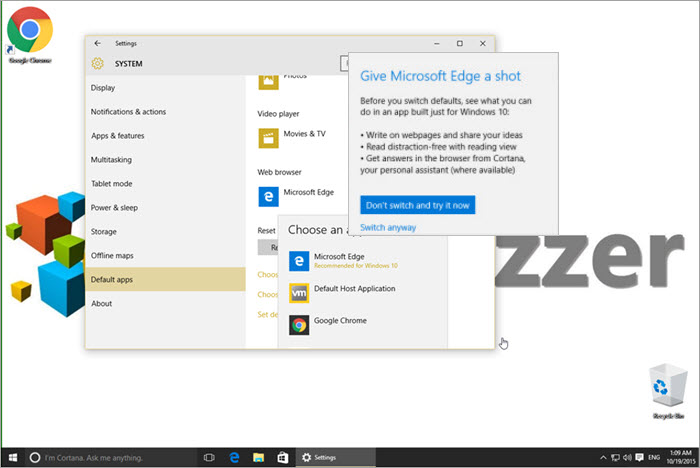 The sample screenshot posted reveals the prompt message which appears in the Settings app when users try to replace Microsoft Edge with a third party browser. The message says “Give Microsoft Edge a shot,” and then lists several features which are unique to Microsoft Edge.

The prompt highlights that Microsoft Edge comes integrated with Cortana, allows you to annotate webpages and share and store them via OneDrive, and includes a reading view mode as well. It gives a straight option to say “No” to third party browsers, and is likely to irritate Mozilla, Google, and other rival browser makers.

Prompt also for other built-in Apps

The same thing goes for other Microsoft apps too. If you’ll switch default photo and music apps, a similar dialog box appears, trying to convince you to stick with the default Photos or Groove Music apps.

As of now, it is not known whether this prompt message will be carried into the future builds of the operating system, but with unique features listed, it might dissuade some users from making the change to rival apps.