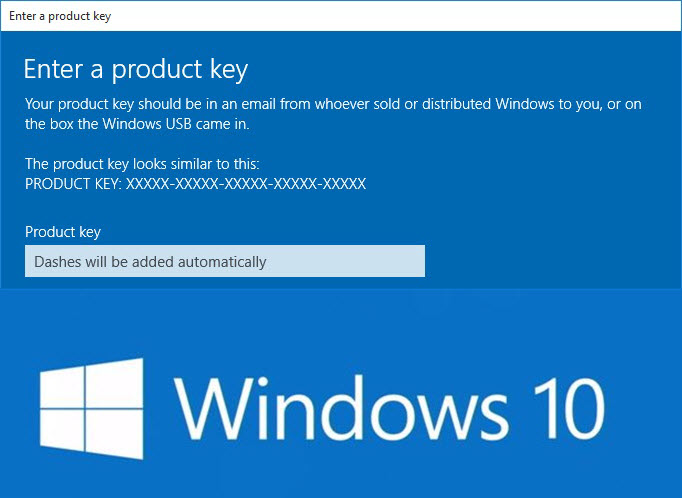 The latest Windows 10 Insider build, 10565 has given a much needed change for those who wanted to execute a fresh install of Windows 10. With the latest change, users can now install Windows 10 by using existing Windows 7, 8, or 8.1 keys.

Up till now, those who upgraded to Windows 10 for free couldn’t enjoy the benefits of a clean install as the free copy didn’t include its own key. The users had to make the jump to Windows 10 by retaining their files, and then, had to reset their PC after the upgrade is completed.

But now, Microsoft has modified the activation process and made it much easier to install Windows 10 using Windows 7, 8, or 8.1 keys. Here’s the official announcement:

“Device activation improvements: We have received a lot of feedback from Insiders on making it easier to activate Windows 10 on devices that take advantage of the free upgrade offer to genuine Windows by using existing Windows 7, Windows 8 or Windows 8.1 product keys.

If you install this build of the Windows 10 Insider Preview on a PC and it doesn’t automatically activate, you can enter the product key from Windows 7, Windows 8 or Windows 8.1 used to activate the prior Windows version on the same device to activate Windows 10 by going to Settings > Update & security > Activation and selecting Change Product Key.

If you do a clean install of Windows 10 by booting off the media, you can also enter the product key from prior Windows versions on qualifying devices during setup. Refer to the Insider Hub for more information on these activation improvements including requirements.”

Previously, the upgrade from Windows 7 to Windows 10 was the only way through which Microsoft’s serves received information about valid Windows 10 machines. It linked hardware configuration with Windows 10 activation.

But now, it seems like the company has automated that process by making hardware configuration associated with Windows 7 machines readily available to Windows 10 servers. As a result, users’ will get an option to skip the upgrade process, and execute a clean install by using their existing Windows 7 or 8 keys.