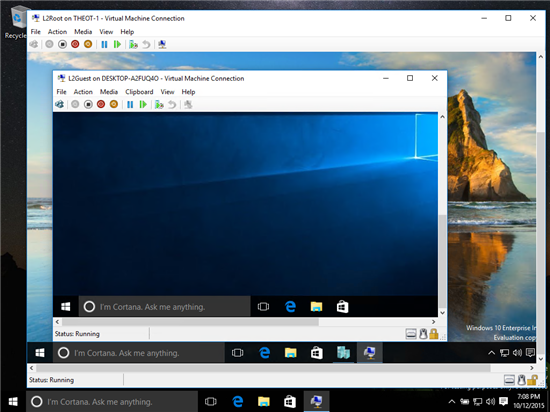 Following an earlier announcement, Microsoft has added a preview of nested virtualization in Windows 10 Build 10565, which was pushed few days back to Windows Insiders.

The new feature virtualizes certain hardware capabilities that are needed to run hypervisor in a virtual machine, but it’s still in the development stage and has some known issues.

The native Hypervisor or Hyper-V depends on hardware virtualization support to run virtual machines. Once it is installed, it hides its capabilities from guest virtual machines, preventing them from installing Hyper-V.

How to enable Nested Virtualization in Windows 10 Build 10565:

Users can use the following Powershell script which will change configuration by correcting errors. It will enable nested virtualization for Virtual machine.

Although it’s optional, but once, Nested Virtualization is enabled MAC spoofing must enabled to enable networking in guest virtual machines. To do this, run the following powershell as administrator on the host-