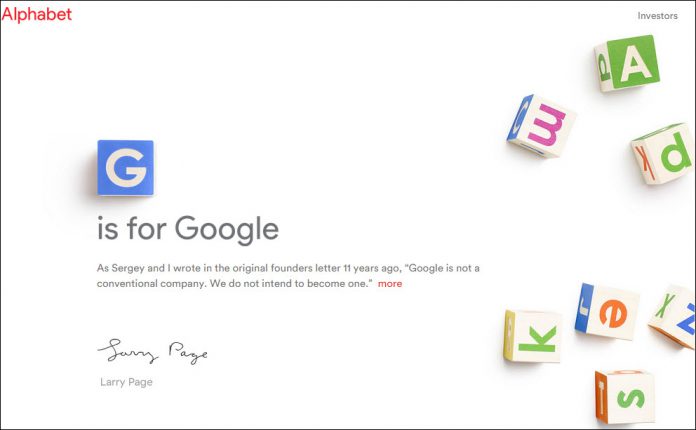 Less than two month after a surprise announcement, the old Google as we knew it is no more. Zacks reports that the formation of the new holding company Alphabet is complete and Google is now just a subsidiary.

The new Alphabet parent company will continue to use Google´s stock market ticker symbols GOOG and GOOGL, so far the nostalgy. You can visit its new homepage under the quite funny URL abc.xyz. 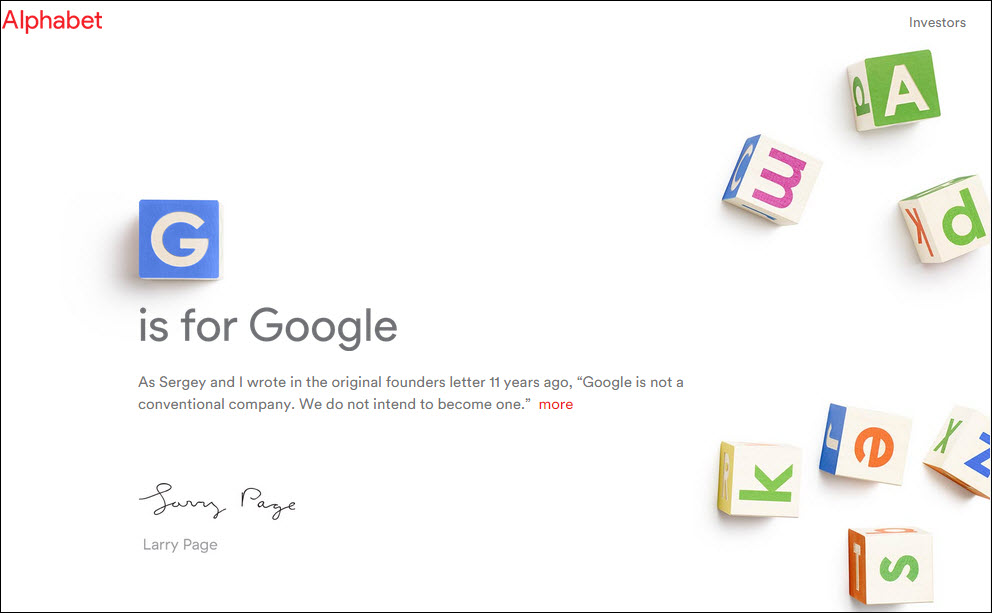 Ruth Porat is the CFO of the new Google subsidiary. CEO is Sundar Pichai, who from now on will lead business of the following Google divisions.

Separate from Google are the following Alphabet subsidiaries who will be managed by different people:

Alphabet will start to report separate numbers for Google beginning in January 2016. The upcoming third-quarter financial results will be reported as before.