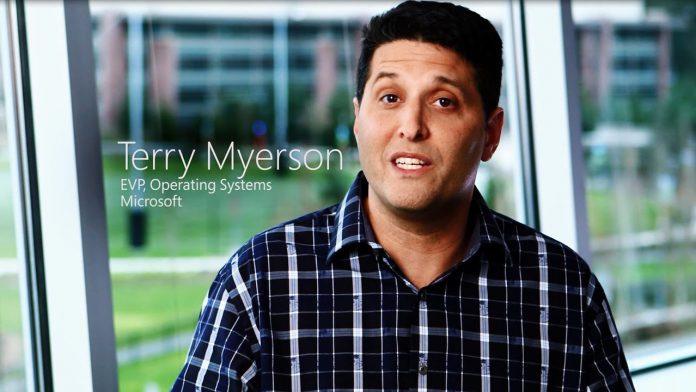 After being accused of spying on its users with Windows 10, Microsoft has finally spoken through a blog post to provide reassurances of maximum data security. Company’s Executive Vice President, Terry Myerson has clarified the situation, and the explained the case to be completely different instead of spying.

Terry Myerson clarifies in a lengthy blog post that “Windows 10 was designed with two straightforward privacy principles in mind,” intended to make the product better and keeping users in control of what they’re are sharing. He admitted the fact that Microsoft collects some information, but clearly explained this information only includes, device type, anonymous device ID, and application crash data.

He explained that no file or private content is sent to Microsoft, which could be used to identify the user, not even name or email addresses that are always available on your PC. He further mentioned that no one gets access to that information as everything is encrypted. The information is transmitted to Microsoft servers and then stored in secure facilities.

But Myerson explains that no files or private content is sent to Microsoft, so information that can directly identify you, such as name, email address, or account ID, stays right there on your PC. What’s more, everything is encrypted “in transit to our servers and then stored in secure facilities,” so no one besides Microsoft can access it.

How collected information is used to improve Windows 10?

Moving ahead, the Windows platform responsible explained how collected pieces of information help in improving Windows 10 and said, “Aggregate data showed us that a particular version of a graphics driver was crashing on some Windows 10 PCs, which then caused a reboot. This driver was not widely used, but still the issue was impacting customers. We immediately contacted the partner who builds the driver and worked with them to turn around a fix to Windows Insiders within 24 hours.”

He further added, “We used the data on Insiders’ devices to confirm that the problem was resolved, and then rolled out the fix to the broad public via an update the next day – all-in-all, this data helped us find, fix and resolve a significant problem within 48 hours.”

Myerson also highlighted the impact of Cortana on collecting information. He said some personal information might be collected, but it’s only because Microsoft aspires to give a delightful Windows experience personalized for each individual. He didn’t mentioned what type of data can be collected through Cortana but said. “You control what data is collected though, and can always change the settings if you don’t want to send something to the company.”

Lastly, he mentioned that Microsoft does not scans any email or other communication content for advertising purposes. He quoted “Unlike many other platforms” and pointed smartly towards Google and how the company has been scanning Gmail for better advertising.

In a nutshell, Microsoft has given clear assurances to Windows 10 users that except for anonymous device data, no other information is transmitted by the company.