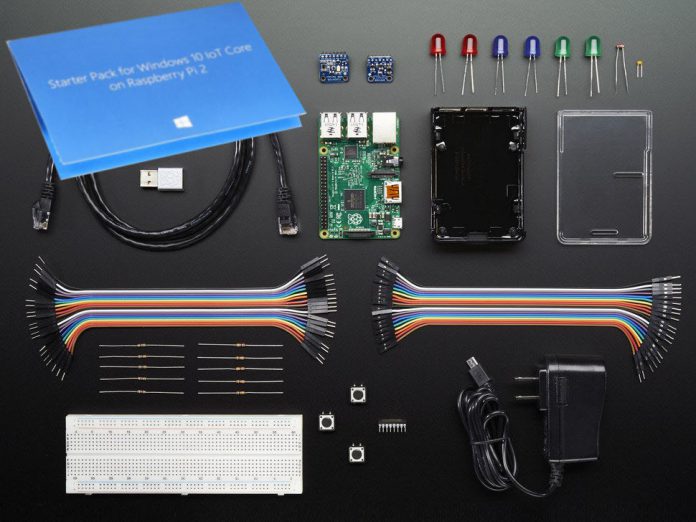 Microsoft’s Internet of Things starter Kit for Raspberry Pi 2 has run out of stock. The product is not available anymore, but the company has claimed to bring it back as soon as possible.

Microsoft has collaborated with Adafruit to develop the hardware for  the Microsoft IoT Pack for Raspberry Pi 2. The starter kit includes Windows 10 compatible wires, sensors, electronic parts, and cables, and an SD card preloaded with Windows 10 IoT core as well. It enables organizations to start doing some popular projects, and build machines that can transmit data back to a database.

According to Microsoft, developers using this solution can write the code for their app within 190 minutes. This includes the time for setting up Raspberry Pi PC and the connected device, and writing the code for the application. However, if someone is only interested in Windows IoT Core, it can also be downloaded by joining the Windows Insider Program.

This is what´s inside the Microsoft-Adafruit Windows 10 IoT pack:

The relationship between Microsoft and Adafruit has been a little quirky. Back in 2010, the open source hardware company offered a $2,000 bounty to any hacker who could write an open-source code for the Kinect, the motion sensing device for Xbox 360. Microsoft wasn’t pleased from this, and replied unambiguously for safeguarding its products and services. But, despite this, Adafruit responded impishly and increased the bounty further by $1000.

Speculation goes around, the partnership between two companies is a sign of improving relations. But since a Microsoft spokesperson declined to comment on this, there is no real confirmation.