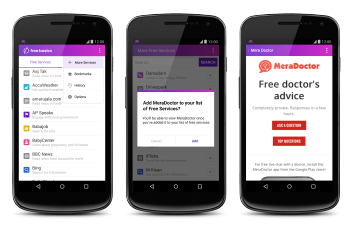 Facebook has distinguished Internet.org from the programs and services they were providing, including Free Basics. Through, Internet.org, the social networking giant aimed on providing a set of essential internet based services for free.

The initiative came under huge criticism over net neutrality issues last year. Critics claimed that the free services provided by Internet.org would gain an unfair advantage over competing services, and go against the ethics of free and neutral internet.

Facebook partnered with Reliance to launch this initiative and several content-producers were on-board for providing free access to their services to Reliance subscribers. But later, the Airtel Zero Controversy, allowing selected app makers bear the burden of data charges incurred by customers, gave a negative effect on Internet.org as well. As a result, citing net neutrality concerns, several media conglomerates withdrew their support from the initiative.

However, Facebook has now addressed those issues by splitting Internet.org from Free Basics, and stating that Free Basics will be an open platform, using which anyone can provide their services for free.

It was also mentioned that the app will work similarly, but will have the new name, Free Basics by Facebook in Google Play. And, the mobile web version of the website will redirect from previous URL to FreeBasics.com.

From the press release on Internet.org:

“Starting today, people using the app or mobile web version can navigate to a menu where they can select which services to add to their list of free services. They can also search for a service by name or description.”

“Today we’re also announcing a new name for the app and mobile website — Free Basics by Facebook. We’re making this change to better distinguish the Internet.org initiative from the programs and services we’re providing, including Free Basics. Anyone currently using the app will be able to continue using the Android app, though it will now be called Free Basics by Facebook in Google Play. And the mobile web version, which will redirect from the previous URL, can be accessed at FreeBasics.com.”

This is Asif Mujhawar, a soybean farmer from rural Maharashtra, India. He has two daughters, and says he makes better…

Along with this, another big change came with the support for HTTPS, alongside end-to-end encryption for the website owner. The android app already supported end to end encryption, but now, with 60 new services, it is providing access to more than 250 services in 19 countries across different parts of the world.

As of now, for Indian users, Free Basics is accessible only for Reliance subscribers, but Facebook has mentioned that it is also working with other careers to provide wider availability of the service.