The program is known as Mobilize.NET Silverlight Bridge. It will allow you to transform your Windows Phone Apps into web applications so your investment remains safe during the technological shift. The new tool is a free extension of the Visual Studio which can be found on the Mobilize.net website.

Microsoft´s Greg Duncan presents the new tool on the Channel9 blog with some hints on how to use it.

One of the questions I hear allot is how do you convert your Windows phone 8/8.1 Silverlight app into a Windows 10 UWP app? Is there a simple converter?

But one is the works!

Mobilize.NET, the company that brought us the cool WinForm to Web App product,WebMAP2 have just released a new Visual Studio Extension that, while work-in-progress and in preview, will help you convert your WP8/8.1 Silverlight app into a W10 UWP app, with just a couple clicks.

The bridge currently maps the 700 most used APIs and handles transitioning your manifests, APIs, XAML, NuGet package references. Once transferred to the UWP your app will work like a UWP app and will be accessible from different hardware such as PC or Xbox. 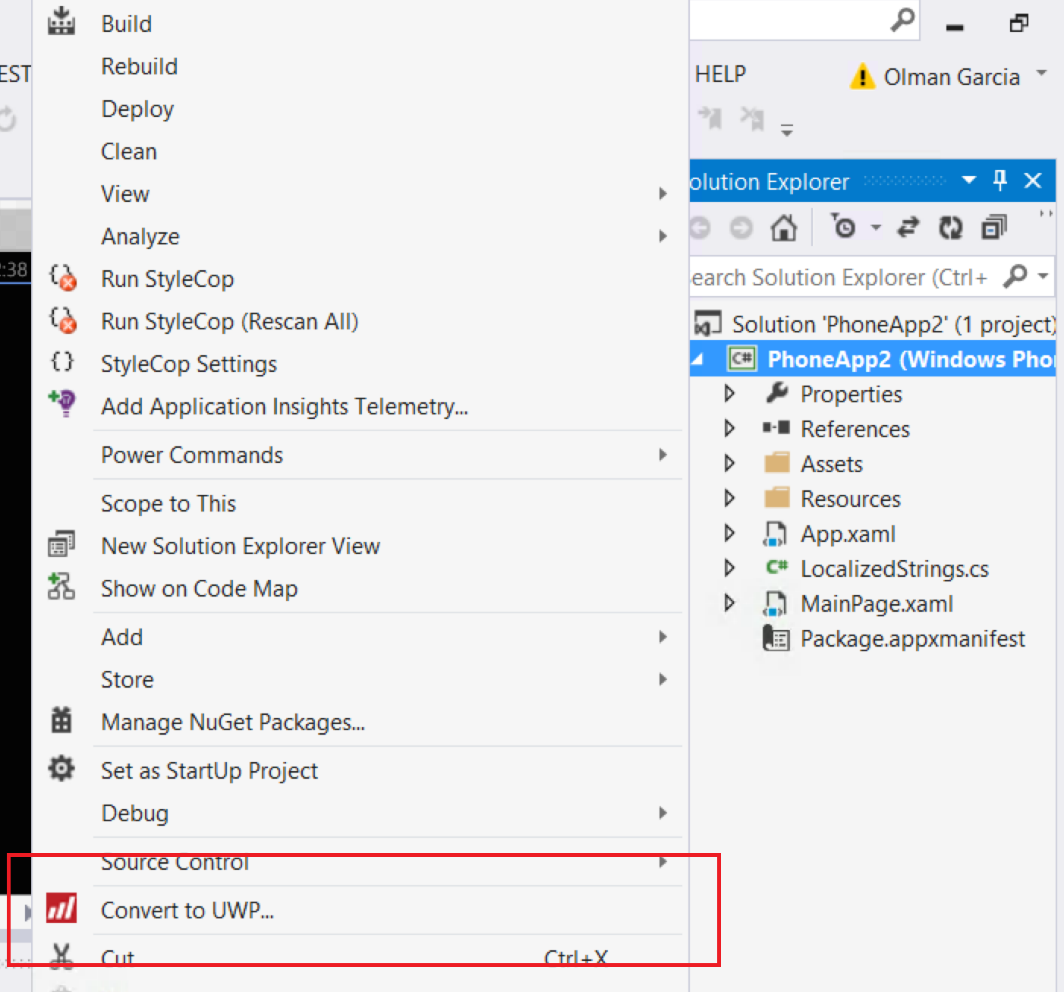 Since many previous phone programs where written in Windows Phone Silverlight the transition to Windows 10 was seen as a challenge for many developers. Mobilize.NET will make many apps and programs and transition easily to the new UWP which will be a welcome change especially for app developers.

Mobilize.NET Silverlight Bridge is a tool that takes your existing projects for both application code and class libs and outputs a new UWP project. It converts C# and XAML files to the new UWP platform. Just by loading a WSP project into Visual Studio 2015 with Mobilize SL bridge installed would create a new UWP project.

Though only 700 mappings are available for conversion is estimated that all 1200 mappings will be available by November. And if you want to help the program possesses tools for developers to customize mappings and share them with other developers.