It was obvious for everyone that attended the Salesforce presentations during the Dreamforce 2015 event that something was brewing there.

Salesforce’s own Marc Benioff was very eager to make not so implicit winks and nudges to Microsoft as the presentation progressed. If that wasn’t obvious enough for some that CEO Satya Nadella from Microsoft was part of the closing act of Salesforce presentation.

Though for many that the appearance of Microsoft CEO in a Salesforce presentation may have been seen as intimidating for the Cloud Company the way the executives interacted was organic that it was seen as a work between equals.

Is not a new story that Microsoft is courting the Cloud Computing giant. Earlier this year talks of a $55 billion dollar acquisition by Microsoft were all the rage and Salesforce had been steadily working in integrating Microsoft’s programs into their own systems.

Microsoft has become increasingly friendly with other companies as demonstrated by the work with Apple in their newest iPad Pro.

Some analysts like Michael Maoz from Gartner acknowledge that although their CRM product, Dynamics, is a mighty contestant it may be better to associate themselves with someone that is already heads and shoulders above them in the CRM department instead of trying to fight for a niche on their own.

Though analysts believe that a full partnership may create confession among Salesforce users they state that the final result will yield a smartly integrated and efficiently operated products while allowing both companies to expand organically in the CRM department without fear of one another. 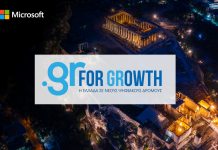