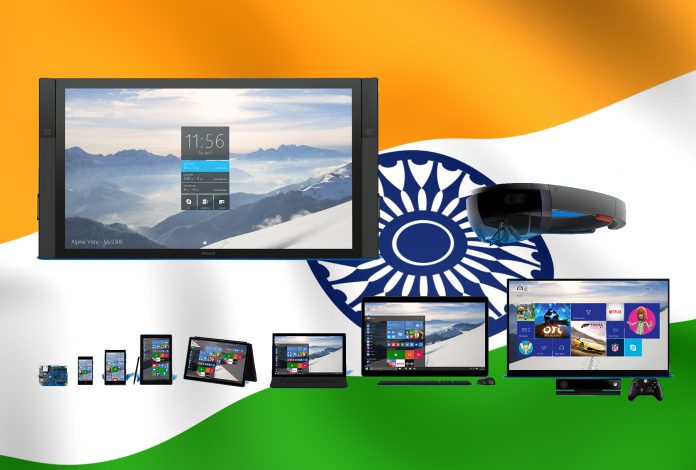 Microsoft has decided to roll out Nokia branded 4G Devices in India. The Company partners with all big 4G providers to battle Android with entry level to mid-level smartphones running on Windows 10.

Microsoft has taken the decision to roll out 4G Devices which will support all types of 4G services in India. The partnering companies are Airtel, Reliance Jio Infocomm, including Vodafone and Idea Cellular which are expected to launch 4G services over the upcoming months.

Microsoft´s step is is targeting four segments of users:

So far Microsoft´s Lumia 638 has been the only available dual band 4G smartphone in India. But in a recent twist, seven other phones were able to achieve 4G connectivity with a software update, though all said models only support a single band (FDD-LTE).

Microsoft had seen some major downfall in the Smartphone Market Share last year, going from 4.1 % to just 3.2% in Q2. Sources state that Samsung is still the leading company in India’s smartphone market.

Microsoft country manager Ajey Mehta claims that with the new update of Windows 10 rolling out even to existing smartphones would be an asset in growing the current market share in India.

According to Mehta, feature phones are the main points of interest among customers and they play an important role in tipping the balance in the Indian smartphone market competition.

Tarun Pathak, senior analyst at Counterpoint has pointed out the need in the Indian market for a robust device launch strategy which shouldn’t be OS specific, but designed with other variables taken into account as well.

For entry level to mid-level smartphones, the Windows 10 would act as a classier alternative for Android by providing the user with a differentiated experience. With the majority of phone manufacturers running their products on Android, this move is expected to bring up the severely lacking competition by a few healthy notches.

The rapidly expanding market of Enterprise customers should welcome the addition of new security and management elements to Windows 10, as it better caters to the needs of the corporate world.