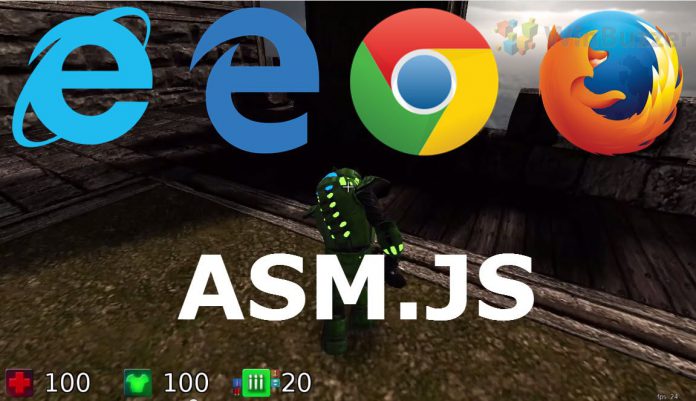 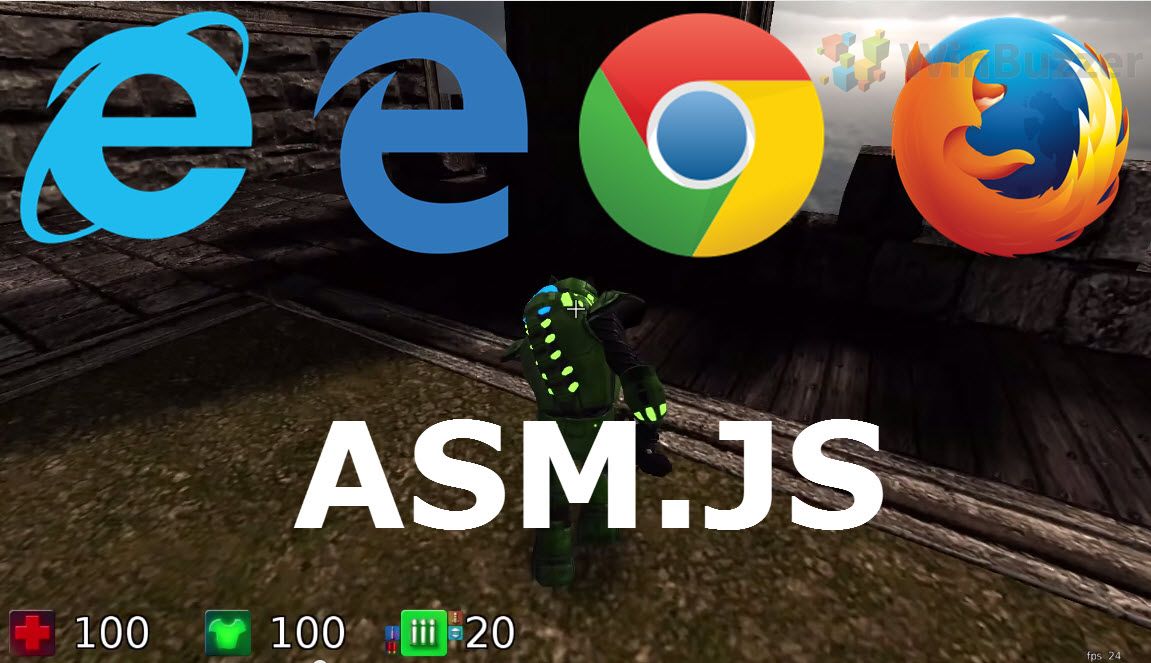 Benchmarks of Microsoft Edge´s WebGL performance give good but partly unclear results. As ASM.JS is one key performance factor for the future, it´s good to see how Edge, Firfox and Chrome perform there.

In our Unity Benchmark with Edge, Chrome 44 and Firefox 39 we got some unclear results. While Edge with asm.js turned on can claim the highest overall score, Firefox wins in a bigger number of subtests. As the Unity Benchmark is no pure ASM.JS benchmark, we re-do our comparison. Luckily the Massive asm.js benchmark allows us to do so.

Asm.js a subset of Javascript which allows for incredible performance gains.Programming code in C can be automatically compiled to ASM.js and then run at about half the speed than the native code, like in a real app/program.

To say it in other words: Complex programs like 3D videogames can be compiled to Javascript code and then run directly in your browser. And that´s exactly what will be needed for complex and visually rich websites running on WebGL.

Below is just one example of a 3D shooter using WebGL with asm.js in fullscreen mode. On GitHub you find more impressive asm.js examples.

TIP: If you want to run Edge with asm.js – you need to turn it on manually. The version of Edge coming with Windows 10 has it turned off as Microsoft is still working on a stable implementation.

What the Massive ASM.JS benchmark measures

The Massive ASM.JS Benchmark uses four different subsets of tests. If you want to know more check out the detailed information on their website.

Unlike in our WebGL comparison with the Unity Benchmark, with ASM.JS Firefox is the clear winner.

But as you can also see, Edge´s ASM.JS performance is 50% higher than with Google chrome. At the moment Microsoft Edge offers only experimental support for ASM.JS which is turned off per default. Until its final implementation we can expect further improvements.

You might be surprised to see Internet Explorer 11 in the table. Yes! Microsoft is still improving IE and has added ASM.JS support to the Chakra Javascrip engine of Windows 10.

Specs of the used system