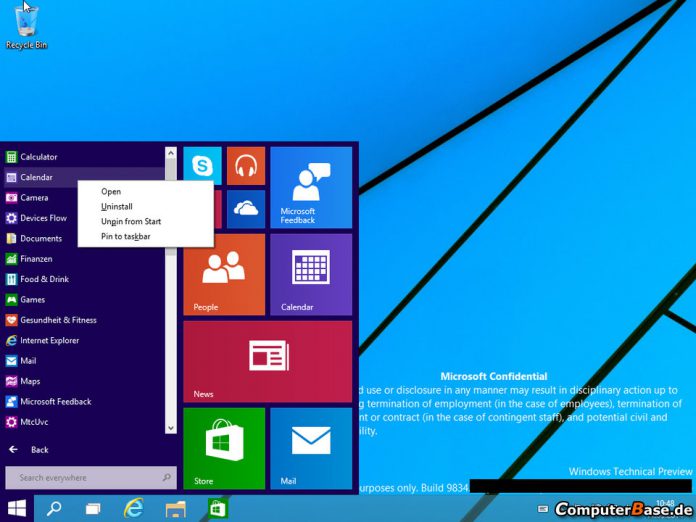 Microsoft has shared a technical preview with important partners already via Microsoft Connect. So it was only a matter of time for the first screens to pop-up. German site Computerbase was the first to share a full set of screenshots which later appeared also on other sites. It is the Windows 9 Technical Preview Build 9834.

According to Computerbase the metro-interface gets completely dactivated when you install the Windows 9 Technical Preview Build 9834 on tablet-devices. What this means about the rumored plans to remove or revamp the charms in Windows 9 remains unclear. The screenshots are from September 9th, so they are pretty fresh.