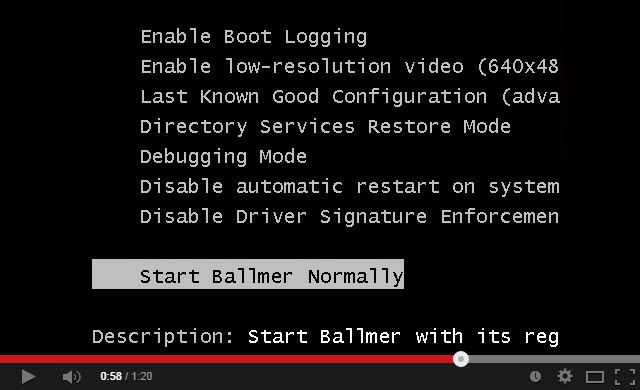 Since yesterday it’s clear: Steve Ballmer was the mastermind behind the well known Blue Screen of Death of Windows (BSOD). Countless broken systems, lost projects and early leaves on LAN-parties – The bluescreen of death has been an icon of Windows stability problems for more than a decade. Steve Ballmer can be lucky this fact got public after his leave as Microsoft’s CEO. It’s also not a pleasant legacy of this passionate man, but people like this funny fact which is going viral on Social Media Channels.

YouTuber onephun hit the nail with a clip shared already in 2011 where he related the Bluescreen of Death to Ballmer. The emotions shared by Ballmer in this video might be close to all those who had lost critical data in one of the many system crashes of Windows. Luckily, since Windows 7 those times are basically over: Windows 8.1 is a stable OS.