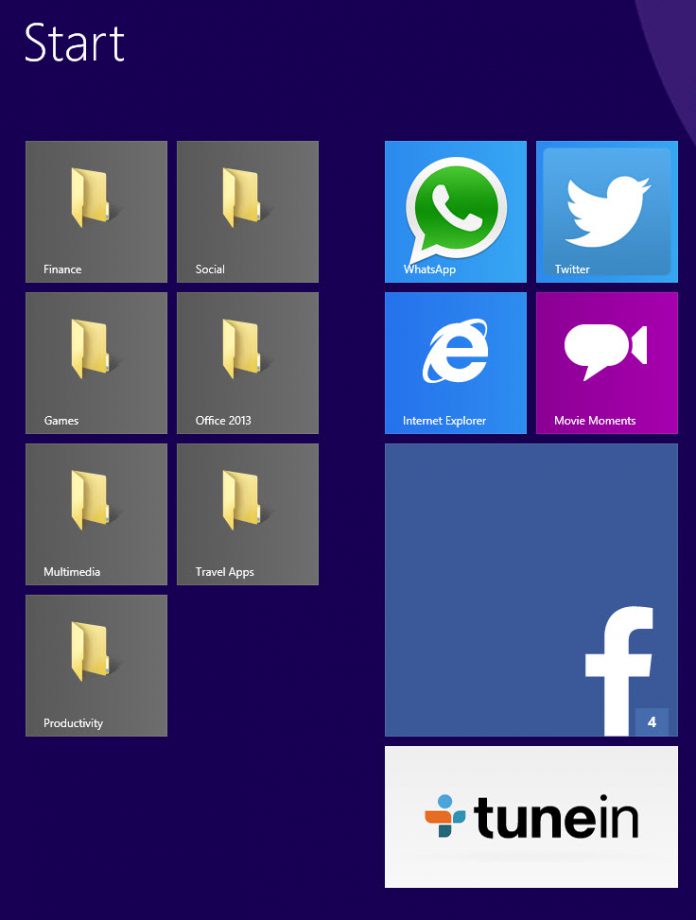 The dust about the negated Windows 8.1 Update 2 and wild accusations of top-bloggers about Microsoft being insulting and childish have finally settled. As there is nothing more to say about that minor August update, Windows 9 reaches the front line of attention.

Today a new discussion kicked off on ru-board.com, the home of WZOR leaks: Will the recently introduced App Folders of Windows Phone 8.1 make their way to Windows 9?

At the moment Windows 8.1 only offers to group tiles which is helpful on bigger screens but with many apps and on small devices like mini-tablets, tile groups quickly reach their limit. App Folders would really be a neat feature for Windows 9.

Right you only have the option to pin desktop-folders to the start screen which open directly on the desktop, and not even the symbols are shown in a beautiful way. 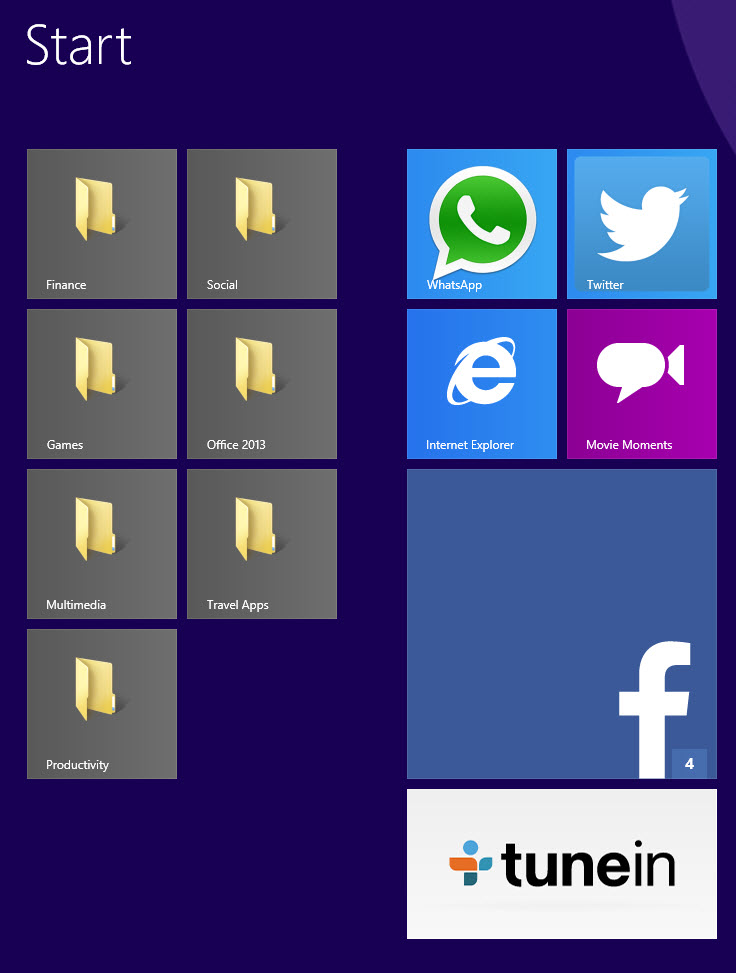 Technically it would be quite easy to implement the feature. As we know since the Windows 8 Previews, like desktop programs also Windows Store Apps are stored in separate folders which can be accessed even by Windows Explorer.

This would allow even for App Folders that work on the start menu and the desktop at the same time..

Using live-tile capabilities, the bundled apps included could be visualized easily. The only thing Microsoft would need to implement, is an expanded and interactive view for those app folders for adding, removing and easy launching. However, porting the feature from Windows Phone should be an easy task.