With the theft of a billion passwords by russian hackers, Cybercrime definitely is reaching epic dimensions. Let’s breathe for a moment – we speak about 420,000 websites and 500 million e-mail addresses.

We don’t know how many e-mail accounts have been registered until now so far. Many of us use different e-mail accounts for various services. But simple math unveils the huge dimension of this newest case and why the possibility we might be affected too is quite high:

The World population is about 7 billion people at this moment. But of course not everybody is using internet and e-mail. According to latest data from Internet World Stats, 2012 we had around 2.5 billion internet users globally. Let’s say until 2014 this amount has already grown by 25% to 3 billion. 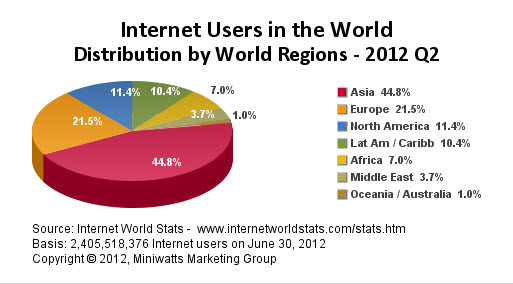 Of those 3 billion users, we could guess that the average user has around four e-mail accounts which makes around a totol of 12 billion accounts. Of course some of us have many more e-mail accounts than four, but as an average number four might be a solid educated guess. Based on that guess around 4% of all global e-mail account data has been stolen!

Many people started to use e-mail around 15 years ago and during the years moved from one provider to another. While Gmail is the biggest provider of free e-mail since 2012, it’s user base still is well below 500 million. GigaOM published this nice infographic in a 2012 article about the topic. 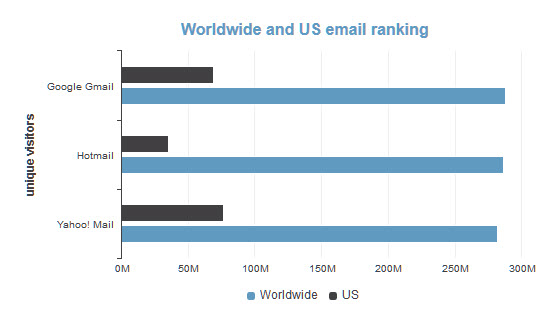 Actually it doesn’t matter if  the affected percentage is 4%, 2% or even only 1%. But it’s definitely somewhere located in that range. What makes theft of e-mail account data so dangerous is a frightening combination of various factors:

As you can see, the probability that your data is at risk might be quite high. If just 1% (instead of the 4% mentioned above) of us are affected, of each 100 persons one is now at risk. Statistically each of us should know at least one or more of those victims. That’s why we better take action and change our account-logins immediately!

Microsoft Office App Gets Voice Capture and Transcribe on Android

How to Fix or Use USB Selective Suspend Settings on Windows...

Windows 10 Start Menu: How to Customize the Most Used Apps...