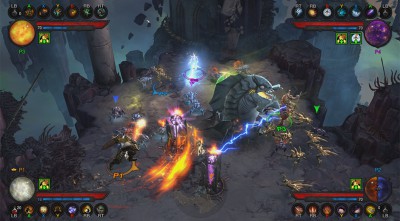 Hold on to your rare helms, because Blizzard just announced that future patches for Diablo III: Reaper of Souls – Ultimate Evil Edition on Xbox One will mirror the patches seen on the PC version of the game. This means that the PC version’s new 2.1 patch will shortly follow on Xbox One.

To put that into perspective, the last time a huge PC game quickly mirrored patches on the console version was back in… well, never.

“When we started on this adventure, we thought we’d never be able to do updates on the console side in the same way we do with the PC. This allows us to be more responsive to our customers. Our goal is to eventually make these updates simultaneous.”